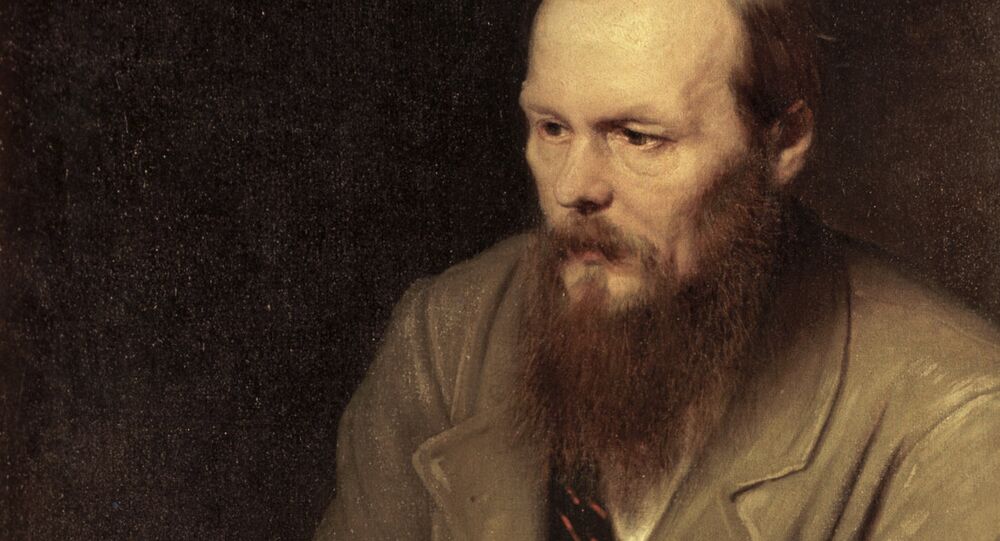 Legendary Russian writers and their great works are popular in India, especially among the Malayalam speaking population in the southern state of Kerala.

New Delhi (Sputnik) — In a conversation with Sputnik, renowned Indian literary figure and guest editor of the journal "Indian Literature" A. J. Thomas spoke about his new translation work "Like a Psalm," which has a strong Russian story to tell readers worldwide.

Sputnik: You have done the translation of Perumpadavam Sreedharan's chart-buster Malayalam novel "Oru Sankeerthanam Pole" into English with the title, "Like a Psalm," making it available to readers across the world. Please let us know the history of the original work and what inspired you to translate it.

A. J. Thomas: I was attracted by the simplicity and clarity of language, the felicity of expression, and the delicate balance in presenting such a complex personality as Dostoevsky that Sreedharan achieved and wanted this extraordinary novel to cross the barriers of other Indian languages, to begin with, and also to send it sailing into the English-speaking world outside.

© Photo : Russian Embassy, New Delhi
'Message of Beauty and Peace': Russian, Indian Artists Take Part in Exhibition
Perumpadavam Sreedharan, the original author, has stated how reading Fyodor Dostoevsky's novels in N.K. Damodaran's Malayalam translation beginning in his adolescence often transported him in spirit to 19th century Russia, to the legendary novelist's milieu of St. Petersburg, Moscow and Siberia. Thus he developed an inner vision of the Russia of those times in his imagination. This ultimately inspired him to write a novel based on a dramatic episode in Fyodor Dostoevsky's life, publishing it in September 1993. In 1994, the world-renowned South African novelist J.M. Coutzee wrote a novel, "Master of Petersburg," portraying another episode of the life of Dostoevsky. Sreedharan was lucky in that Coutzee's novel succeeded his work; if it was the other way around, charges of plagiarism by petty minds would have been the result. And no one would dream of accusing Coutzee of the same crime!

The novel has created history in the Malayalam publishing world in that, as it is poised to celebrate its silver jubilee of publication in September. 105 editions of the novel have come out as of now, with sales of more than 310,000 copies accomplished, in such a small Indian language. This is an all-time record, beating renowned poet Changampuzha Krishna Pillai's pastoral elegy, Ramanan, which was published in 1936 and sold 100,000 copies in that era.

Sputnik: Written in the post-Soviet era, do you think the phenomenal success of the original work points to awareness about Russian culture of the Malayalam readers, confined largely to a tiny stretch of land in the south-western tip of the Indian subcontinent? You being the translator, did you feel that the work gives the readers a true and vivid picture of Russia?

A. J. Thomas: The success of a fictional work set in a foreign locale need not necessarily indicate the level of awareness of the readers about its history and culture. It constitutes merely the "place" in Aristotle's "time-place-action" unity for the success of a dramatic piece. It may be the other way round, too. Readers may become more informed about the locales and cultural milieu of the "place" of the novel. Of course, the novel gives the reader a feel of the atmosphere of the locales of 19th century Russia, where Dostoevsky's life took him.

Sputnik: The southern state of Kerala in India has a rich legacy of Soviet/Russia connection. Can you please elaborate?

© Sputnik / Vitaliy Ankov
India-Russia Relation Encompasses Spiritual, Cultural Ties: Russian Ambassador
A. J. Thomas: Apart from Malayalam, the language of Kerala, being an early receiver of the grand novels of Russian masters like Tolstoy, Dostoevsky, Turgenev, Gogol and the poetry of an array of Russian poets from Pushkin, to Mayakovsky, Yevtushenko, Anna Akhmatova, the poetry and fiction of Boris Pasternak, the novels of Mikhail Sholokhov, Maxim Gorky and others, The Vikram Sarabhai Space Centre near the capital Thiruvananthapuram employs a number of Russian scientists and space experts, who live here. There is even a Russian Consulate and Cultural Centre in this city.

Politically, the Communist Party of India (CPI) and the faction that broke away from it and formed the Communist Party of India (Marxist) and a number of ultra-left parties that splintered from the ideological mother-ship have idolized Lenin and then Stalin. A socialist group headed by Dr. Ram Manohar Lohia had followed Leon Trotsky, considering this as the correct line of the Communist International. Even now, pictures and cut-outs of Lenin and Stalin, along with those of Marx and Engels, adorn the streets and stages in the Plenums and Politburo meetings, down to even a local committee meeting of the communist parties. Kerala is traditionally home to all such communist parties, where they embraced parliamentary democracy and came to power through democratically conducted Assembly Elections in 1957, the first of its kind anywhere in the world till then.

Sputnik: Dostoevsky has charmed Indian readers through the work of P. Sreedharan and will do so more extensively with your translation. Can you trace, for the benefit of the readers, the connection of legendary Russian cultural figures with Indian imagination?

A. J. Thomas: The first that comes to mind is the father-son duo Nikolai and Svetoslav Roerich, painters, and philosophers who had long been settled in India, first in the Himalayas. Svetoslav married the dream girl of Indian cinema, Devika Rani and settled down in Bangalore.

As mentioned before, Russian writers have held the fascination of the renaissance Indian mind, and translations of great Russian authors have percolated down in almost all Indian literature, notably Bengali, Hindi, Telugu, Tamil and Kannada, triggering off the imagination of Indian writers, making them dream big.

Sputnik: Has there been any connect the novelist made with contemporary Russia?

© Photo : RCSC, New Delhi
Nuclear ABC: Rosatom Explains Nuclear Science to Indian School Children
A. J. Thomas: Yes. Filmmaker Shiny Jacob Benjamin made a docu-fiction film, "In Return: Just A Book" involving three writers, two of them from contemporary Malayalam fiction — Perumpadavam Sreedharan, the author of Oru Sankeerthanam Pole, about Dostoevsky's life, who wrote it sitting in a remote village in Kerala and had never travelled to Russia up to that point, Paul Zacharia, the eminent author who did the screenwriting for the film — the third being Fyodor Dostoevsky himself, though far removed by space and time. The author Sreedharan plays the role of himself; Russian theater-persons play the roles of the three main characters in the novel. The filmmaker has recalled the sense of fulfillment of a long-cherished dream which was evident in the expressions of Sreedharan, the author, both when he visited Dostoevsky's tomb and when he was privileged to release an edition of the novel at the residence of Dostoevsky in St.Perersburg, 21 years after its first release in Kerala.

The film begins in Kerala with Sreedharan in his literary workshop, and then it is shot entirely in St. Petersburg, the director and crew visiting Dostoevsky's haunts along with Sreedharan, the author who recreated his life, and Paul Zacharia, the screenwriter. The film was eventually selected to the Indian Panorama in the International Film festival of India, in Goa, in 2016.

Sputnik: As a sensitive writer yourself, do you think the scope of Indo-Russian collaboration in art and culture is underexplored?

A. J. Thomas: I believe Russian literature to Indian readers is mostly the 19th century and early 20th century greats, then the post-revolution Mikhail Sholokov, Maxim Gorky, Mayakovsky, Yevtushenko, Boris Pasternak, Osip Mandelstam, Anna Akhmatova, and the famous émigré Vladimir Nabokov, and later exiles Alexander Solzhenitsyn (who returned to post-Soviet Russia), Joseph Brodsky and others. No one hears about great Russian writers and poets anymore, after Pasternak and Akhmatova.

The views and opinions expressed by A. J. Thomas in this article are those of the speaker and do not necessarily reflect the position of Sputnik.