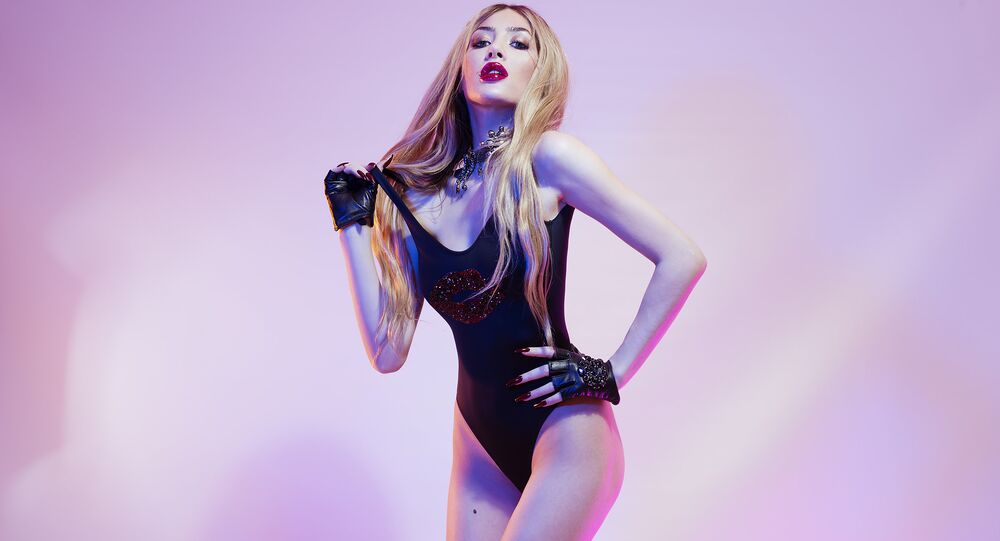 "I am in a very grey area because what is sexual to my clients is not sexual to me. There is no penetrative sex, so it is hard to define my work as sex work in France. I don't qualify for this," she told Sputnik.

What she does do is practice financial domination with her clients who are located all over the world — politicians, CEOs, finance professionals. In other words: people with big responsibilities and even bigger pockets.

My clients obviously know about money, it is so much more exciting if I take it from them. They want to feel excitement from money being taken out of their accounts but they don't want to actually be broke. That's the fantasy but it's not the point. We discuss the limits with them. Everything I do I make sure it is consensual and they want it. That's the difference between a good dominant and someone who doesn't understand the concept. Financial domination is becoming more and more popular because it is not taboo anymore to say you are a financial dominatrix or submissive.

At first I didn't see it as a business.

Sputnik: When did you start accepting cryptocurrency?

Theodora: I started accepting cryptocurrency as deposits. It is safer for any sex worker and it also was the case for me. It means that the person is very serious in their request. I started to get cryptocurrencies very early on, probably 5 or 6 years ago. For me these were gifts from my play partners, who would give me cryptocurrency and back then I didn't know how much it was worth. I accepted it and created crypto-addresses where I would collect it and of course its value grew. Now I'm starting to make it a more important part of my business because growth in the value of cryptocurrency, it's becoming interesting financially.

Now I have my own website, people can message me but I rarely meet them. I don't need to meet them.

I turn your darkest fantasies into gold#TheManipulatrix #Findom #11cc pic.twitter.com/avZbfWFmlo

Sputnik: How does cryptocurrency compare to more traditional money processors in your experience?

Theodora: We can't use processors like PayPal as adult entertainers or sex workers because they would shut down our accounts. There are clipsites that offer a way to receive tributes, but the downside is they take very big cuts, usually about 30 or 40 percent. If you are into financial domination, you are more likely to get very big sums of money, and with cryptocurrencies would get you 100% of it.

With financial domination, we don't actually charge for a session. It is part of the game I have with my client. There is a certain budget and I am within its limits. Of course, cryptocurrency evolves and its value changes, but then my rate will evolve with the client, as I am adjusting to the client's budget at the moment.

…or stay a lurker for ever

Sputnik: How much do you make per month in cryptocurrencies and how do you spend it?

I like to invest in smaller cryptocurrencies because smaller are the most stable ones for now. I believe that some of them will be very big later on. Everyone talks about Bitcoin and obviously it was the first and the most well-known cryptocurrency. But I feel like other cryptocurrencies will be more important in the future. I don't have a financial background, but the funny thing is many of my clients were in finance and they talked to me and I learned from them. Now, I am teaching it. I really like Monero, which is one of the safest, leaves no trace and doesn't charge as much as Bitcoin per transaction. With Bitcoin you have to wait for a couple of days to get the money — that's a long time, whereas with some others it is almost instant.

Theodora: Some people would like to submit but find it hard to give up control mentally. For them, the physical state of domination is not enough, that's where hypnosis comes in. It gives them, what is called "subspace" they want to reach. They relinquish control to me via hypnosis.

Sputnik: When you are given control of a person's bank account as part of financial domination, what are your actions?

Theodora: It depends on the client. Some of them will be turned on by paying my bills, so I would pay my bills with their credit card. Some like to buy sexy lingerie for me, so I would shop and show them what I bought myself with their money. Some just want to see big numbers withdrawn from their accounts.

Most of the time they don't know what turns them on, so I have to experiment and when I find what it is — that's what I will do.

Theodora: I make some of my clients by mining computers, which generate calculations to create money that goes to my cryptoaccount. The number of people doing it for me evolves, but it's at least 10-15 people.

The people that find out about me on social media wouldn't attend swingers or fetish parties. They wouldn't have the same budget for financial domination. I try to make financial domination more accessible to them — I would provide them with opportunities to send me smaller tributes, knowing that I would never get the same amounts as from richer clients.

Sputnik: What are you plans for the future?

Theodora: I have a lot of projects right now. My main focus would be to continue producing videos and art related to fetish and domination.

Sputnik: Are you taxed for your work?

Theodora: My videos are taxable and in France the taxman takes a huge cut. So it is a good thing that I have financial domination going on with all the donations. Donations are not taxable, provided it is within a limit of 50,000 twice a year.

The views and opinions expressed in the article are those of the speaker do not necessarily reflect those of Sputnik.