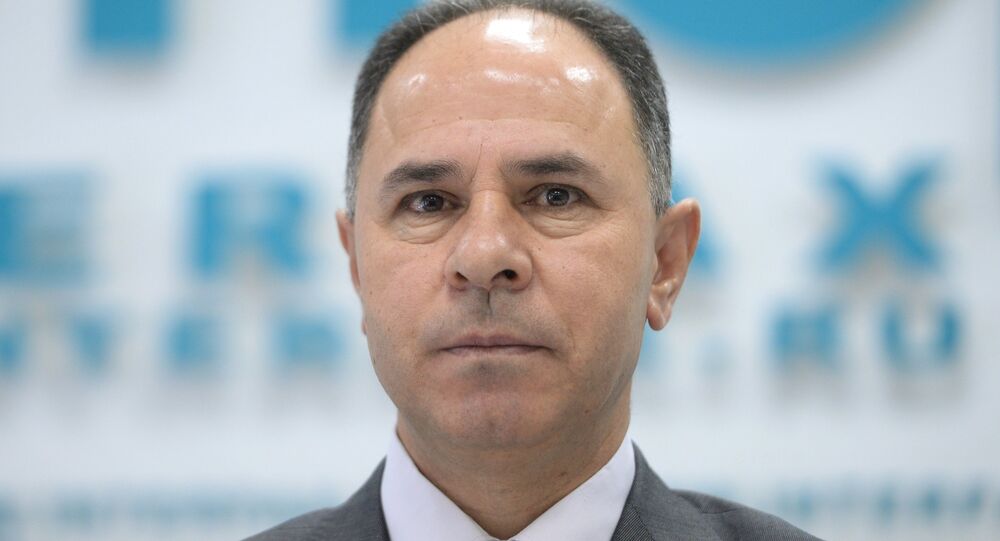 Recently, Sputnik News sat down with Palestinian Ambassador to Russia Fayed Mustafa, who was kind enough to speak with us about the ongoing situation in the Gaza Strip, Palestinian recognition of Israel, and Palestine seeking justice in the International Criminal Court.

© Sputnik / Vladimir Pesnya
Palestinians Back Russia's Plan to Foster Arab-Israeli Dialogue: Ambassador
Mahmoud Abbas warned that if the United Nations fails to adopt a resolution that would recognize Palestinian statehood and make Israel cease building settlements on the Palestinian land, the Palestinian Authority will go ahead with seeking membership in the International Criminal Court (ICC), with the intention of prosecuting. Against whom Palestine will be seeking the criminal prosecution in the state of Israel?

Fayed Mustafa: I don't know if we have prepared the list of names but it would cover all the Israeli leaders participated in the criminal activity against Palestinian people or against our land: I mean the leaders who were giving orders to kill our people in Gaza and West Bank, the leaders who decided to steal our land and to build the settlements against the international law. These are the categories of people who we can be brought to the ICC attention.

© AP Photo / Sebastian Scheiner
Russia Ready to Support Palestinian Resolution: Foreign Ministry
Palestinians will never recognize Israel as a Jewish state, President Mahmoud Abbas said at the recent emergency session of the Arab League, after PM Benjamin Netanyahu’s approved the disputed bill that declare Israel’s status as such. What is your position regarding the bill? Is mutual recognition possible in the nearest future?

Why we have to recognize it twice? If they want to call themselves a Jewish state or any other name, it is up to them but we are not obligated to recognize their new definition. We already recognized the state of Israel in 1993 and it is useless to go back to his subject.

© East News / AP Photo/Nasser Shiyoukhi
UN Marks International Day of Solidarity With Palestinians
In August, Palestine announced it would be asking the UN Security Council for a “timetable” for Israeli withdrawal from the Gaza Strip. The proposed deadline was set for November 2016. Is it a realistic deadline?

Fayed Mustafa: It is a realistic deadline because we have already discussed all the points between us. We were negotiating for more than twenty three years, we covered it all, everything is clear. No need for more time. We just need from Israeli government to be serious about the past resolutions and the negotiations' results.

It is a realistic timetable in the eyes of our friends around the world who we have talked to. They support us because two years that we have ahead of us is a sufficient time to overcome disagreements between us.