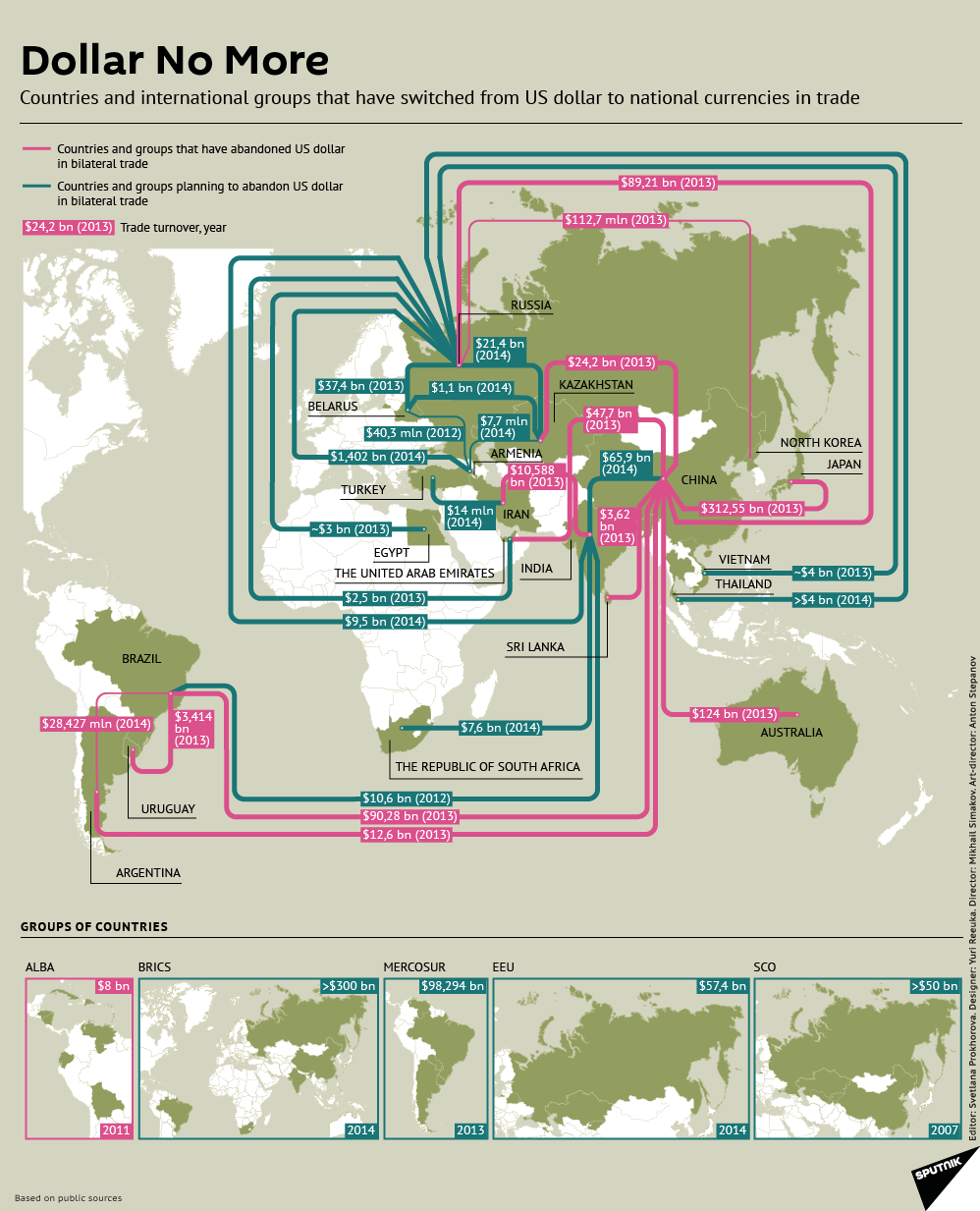 Countries and international groups that have switched from US dollar to national currencies in trade.

In early 2014, Justin Yifu Lin, the former World Bank Chief Economist, blamed the dominance of the US dollar for global economic crises and said it should be eliminated as the world's reserve currency. According to Lin, the solution would be to replace the national currency with a global currency.

In the recent months, several countries, including Russia, China, India and Turkey, have decided to ditch the US dollar in their foreign trade, often paying for products in gold or other agreed on currencies.