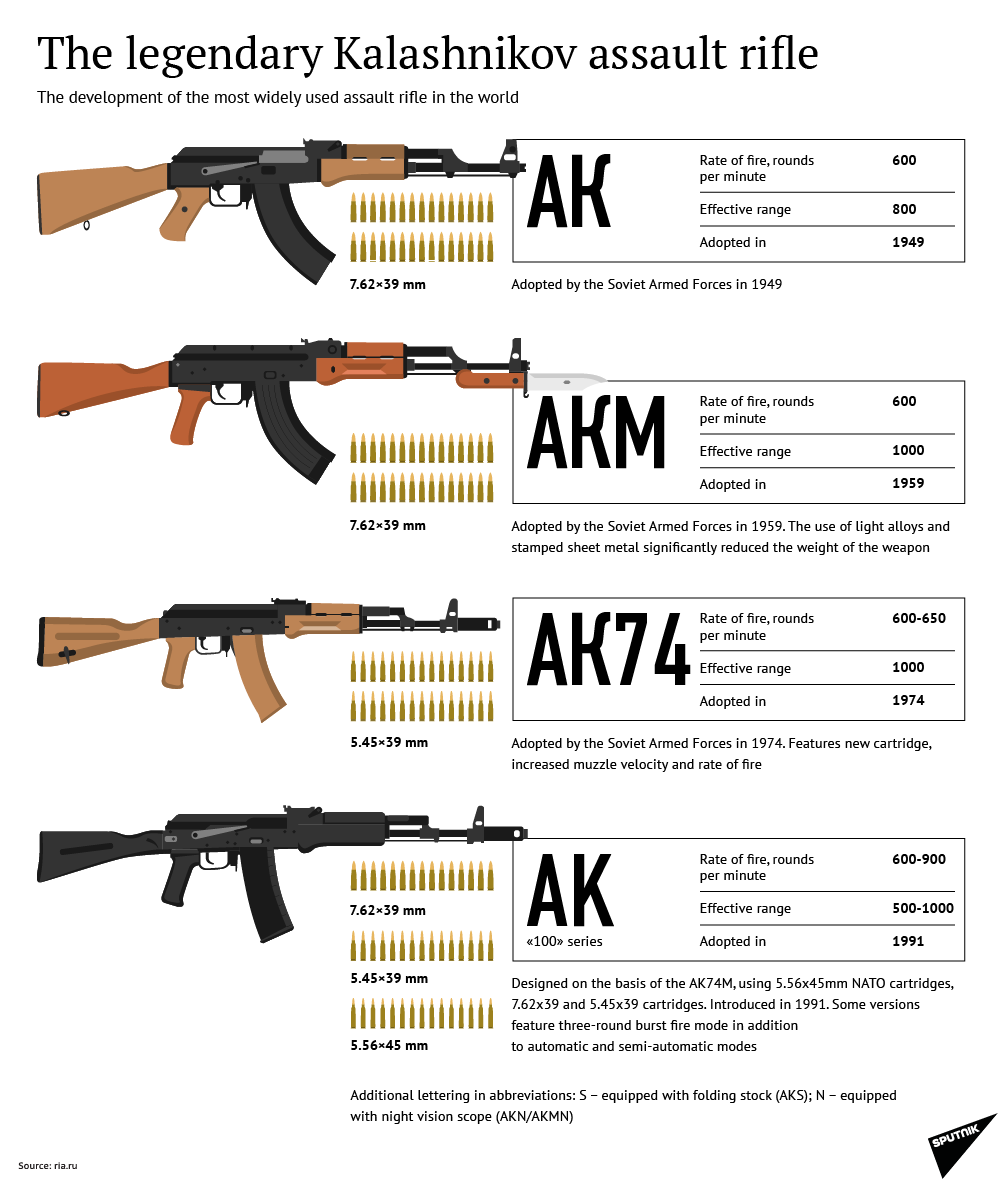 Six decades into the start of its production the Kalashnikov remains the most popular and widely used assault rifle in the world.

The Kalashnikov assault rifle went into mass production in February 1947. In 1949, the weapon was adopted by the Soviet Army. An estimated 100 million AK-47s have been built worldwide since then.  In comparison, about 7 million M-16 assault rifles have been made. The M-16 is the Kalashnikov's main Western rival.

More than a dozen modifications have been developed for the AK-47, including one with a curved barrel allowing tank crews to shoot around corners. That particular modification, however, never went into mass production. The rugged, reliable and easy-to-use AK-47 is still favored by an assortment of armed forces, guerrilla groups, terrorists and even common thugs in at least 55 countries.