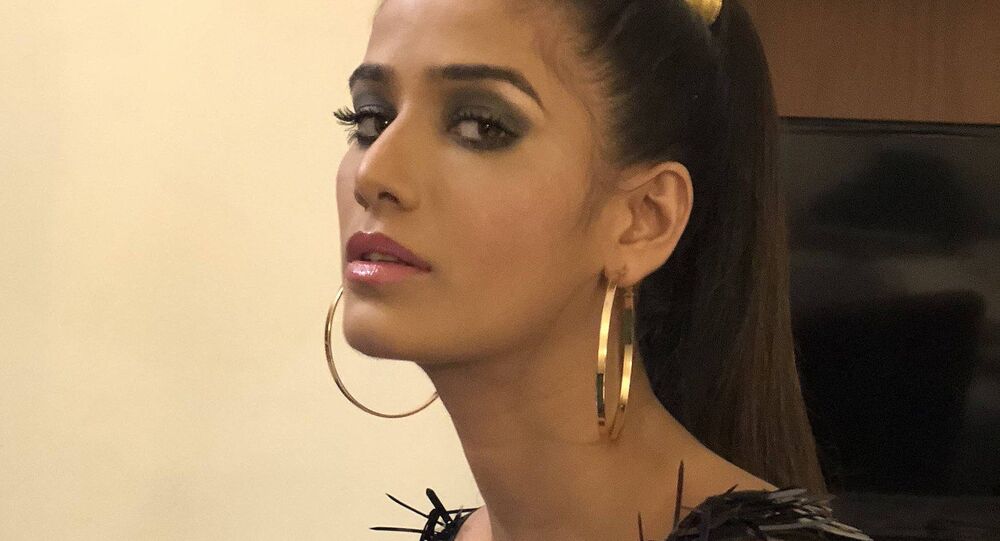 In 2019, model-actress Poonam Pandey filed a case of fraud and theft against businessman Raj Kundra - husband of Bollywood star Shilpa Shetty - and his associates at Armsprime Media who were handling the app on which she used to post adult content. She accused them of illegally using her videos even after their contract had expired.

In a video that has surfaced on the internet, Poonam revealed that after she refused to sign a new contract with Kundra for handling her app on which she used to post adult content, he made her life hell.

"When I refused to sign the contract, he leaked my phone number with a caption, 'Call me now. I will strip for you'. He released this message along with my personal number and broadcast it. I still remember that after that my phone rang non-stop. I got calls from the whole world, including threatening messages," Poonam said in the video.

The threatening calls and messages made Poonam fear for her life and she went into hiding.

"I was not home. I was living like a fugitive. I was scared that something would happen to me because of the kind of messages I used to get, such as 'I know where you are'. It was scary," Poonam said.

She also urged other women to come out and protest against Kundra if something like this has happened to them.

Who else complained against Kundra?

Several other actresses, as well as Poonam, have already come out against Kundra.

Actress Sherlyn Chopra, on Thursday, revealed that she was the first person to give an unbiased statement to the cyber crime unit of Maharashtra police in Raj Kundra's case.

"In March 2021, I went to the cyber crime unit's office and gave an unbiased, neutral statement in the case. I have a lot to say about this matter, but since it is sub judice, it would be inappropriate for me to comment on it," Chopra said.

Puneet Kaur of YouTube took to Instagram on Tuesday and alleged that Kundra once tried to get her to work for adult app HotShots.

She wrote: "Brooo do you OGS remember our verified DM video where he reached out to me for hotshots!?!? Im deaaad. I can’t even WTF this mans was really luring people - we literally thought it was spam when he sent that DM to me!? Jesus Christ man rot in jail (sic)”.

YouTuber #PuneetKaur alleges #RajKundra tried to lure her for his app, says 'rot in jail'. He had approached her via social media direct messaging for his mobile app, through which pornography content produced by him was reportedly published. pic.twitter.com/qJFV0fT86H

Model-actress Sagarika Shona Suman filed a police complaint in February 2021 and claimed that the businessman asked her to give a nude audition.

In February 2021, several other aspiring actresses filed police complaints against a few casting agents and cameramen for luring them into pornography. After that, Mumbai Police busted a pornography racket and arrested more than nine people.

On 19 July 2021, Kundra was arrested by Mumbai Police and put in custody until 23 July on charges of being the "key conspirator" in creating and publishing pornographic content. His WhatsApp chats leaked in the public domain revealed how he and his partner Pradeep Bakshi, who lives in the UK and operates HotShots paid online platform, used to make hundreds of thousands of dollars through pornography.

The ACB forwarded the email to the office of the Mumbai police chief but the officers have refused to comment on the allegations.

“The ACB investigates only if there is demand for money and it can lay a trap. Since, in this case, the money had already changed hands, as alleged, the complaint was forwarded to the relevant department (Mumbai police) to initiate action”, a senior ACB officer told Mid Day on condition of anonymity.