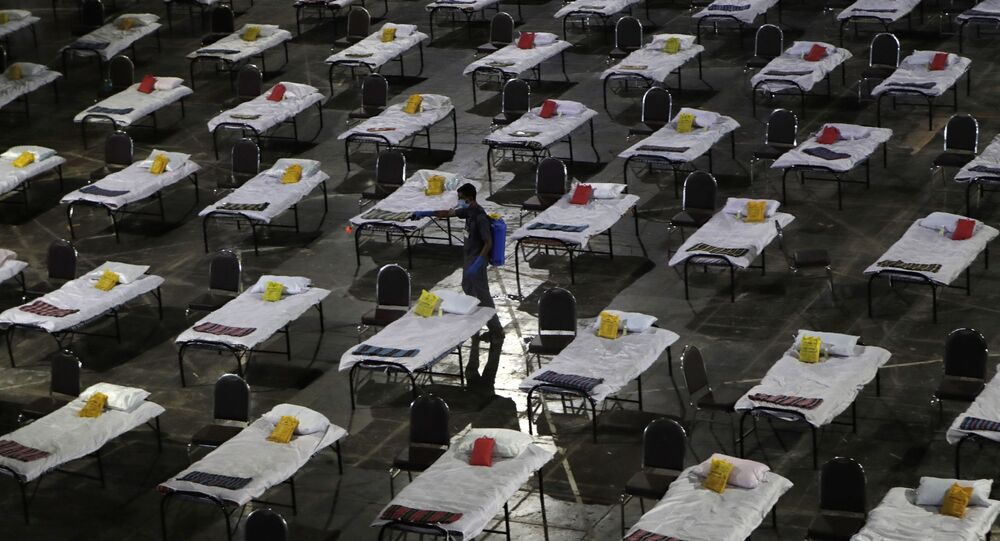 Researchers from the US-based Center for Global Development calculated the extra number of deaths in India from any cause during the pandemic until 21 June. They also applied the estimates of age-specific infection fatality rates to India's two serosurveys and found excess deaths are about 10 times the official COVID-19 death toll in the country.

"The extrapolation of deaths has been predicated on the bold assumption that the likelihood of any given infected person dying is the same across countries, dismissing the interplay between various direct and indirect factors such as race, ethnicity, the genomic constitution of a population, previous exposure levels to other diseases and the associated immunity developed in that population," the ministry stated.

However, the ministry also said that during the peak of the second wave of the continuing coronavirus pandemic - since the entire health system was focused on handling the COVID-19 situation - correct reporting and recording could have been "compromised".

"During the peak of the second wave, the entire health system was focused on effective clinical management of cases requiring medical help, and correct reporting and recording could have been compromised which is also evident in a few states such as Maharashtra, Bihar, and Madhya Pradesh while reconciling the number of their deaths recently," the ministry added.

© REUTERS / DANISH SIDDIQUI
India's Actual Death Toll During COVID-19 Pandemic 10 Times Official Number, Report Says
The Ministry also emphasised that seroprevalence studies are not only used to prevent the spread of infection among the vulnerable population, they are also used as another basis to extrapolate deaths.

"The seroprevalence studies also have another potential concern that the antibody titers [a type of blood test] may diminish over time, leading to an underestimation of the true prevalence and corresponding overestimation of the infection fatality rate. Furthermore, the reports assume that all the excess mortality figures are COVID-19 deaths, for which there is no evidence. Excess mortality is a term used to describe an all-cause mortality figure and attributing these deaths to COVID-19 is completely misleading," it added.

India's official tally of more than 414,000 deaths makes the country the world's third-highest death toll after the United States and Brazil.

The study co-authored by India's former chief economic adviser Arvind Subramanian revealed that India's excess deaths during the COVID-19 pandemic could be as high as 4.9 million.

​On Wednesday, Health Minister Mansukh Mandaviya refuted allegations that the government had concealed COVID-19 deaths and said that the federal government only compiles and publishes data sent by the state governments.

On Thursday, India reported 41,383 new cases and 507 more deaths from COVID-19 in the preceding 24 hours. The country's total caseload and the death toll stood at more than 31 million and 418,900 respectively.