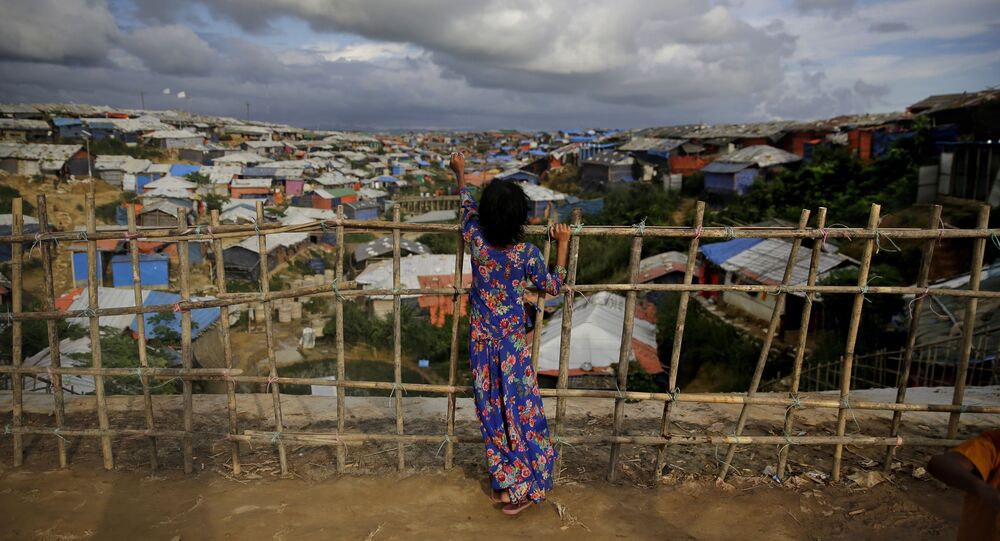 Thousands of Rohingyas fled to India and Bangladesh from Myanmar's western Rakhine state after a major crackdown was launched against them by the Myanmar security forces in August 2017. Indian authorities started taking steps to identify Rohingyas by collecting their biometric data in 2019.

"There are reports that some of them have indulged in illegal activities," India's Minister of State for Home Affairs Nityanand Rai said in a written reply to a question from Bahujan Samaj Party (BSP) parliamentarian Ritesh Pandey.

Rohingya's are a threat to national security, Govt said today at parliament. pic.twitter.com/ypidSEBieX

India's Supreme Court in April has allowed the government to deport about 170 Rohingyas who were detained in Jammu and Kashmir in the beginning of this year.

Rohingyas started leaving Myanmar as the military started evicting them, confiscating their land and attacking their villages and homes. As a result, about 40,000 Rohingyas entered India through the porous border in the north-eastern parts of the country. Only 14,000 of them are registered with the United Nations.

The minister added that India is not a signatory to the 1951 UN Convention relating to the Status of Refugees and the 1967 Protocol thereon.

"Foreign nationals who enter the country without valid travel documents or whose travel documents expire while staying in India are treated as illegal migrants and are dealt with according to the existing legal provisions," the minister added.

Several international organisations have appealed to India not to deport the Rohingyas because of the volatile situation in Myanmar. However, the Indian Ministry of Home Affairs claims that the Rohingyas are illegal immigrants and according to the country's rules, New Delhi can not allow them to remain for an indefinite period.

India's Modi-led government, through the Citizenship Bill, has extended Indian citizenship to persecuted religious minorities from Afghanistan, Pakistan and Bangladesh but is silent on providing the same to Rohingyas - a Muslim minority community of Myanmar.