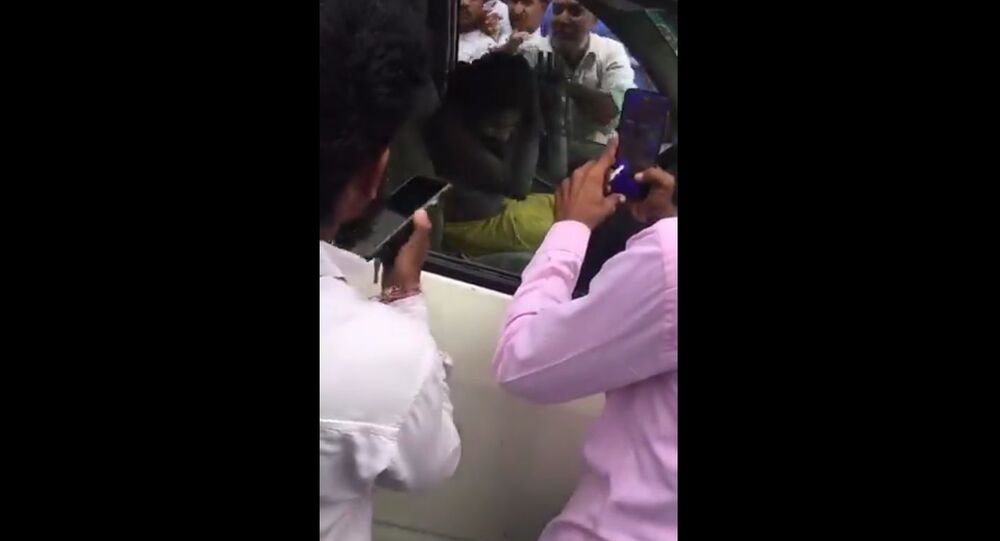 Mob Beats Up Two Holy Men in India, Suspecting Them of Being Child Abductors - Video

The number of mob lynching incidents has increased in India over the past couple of years following allegations of cattle smuggling, theft and kidnapping.

A mob in Dhar District in the Indian state of Madhya Pradesh attacked two holy men whom they suspected of being child kidnappers. A video of the incident has gone viral on social media.

The incident occurred in Dhannad, the village where the two asked local children for directions.

A group of sadhus from MP and Rajasthan attacked by unidentified men in Pithampur area of Dhar district of MP over suspicion of being child lifters. A case u/s 341, 323, 294 and 34 lodged against local residents, including one Rafiq. @NewIndianXpress@khogensingh1@gsvasu_TNIE pic.twitter.com/ABig7VnF15

Sadhus attacked in Dhar over suspicion of being child lifters, sadhus lost track enquired about right route from a boy he ran away thinking they will abduct him. Suspecting the sadhus to be child lifters, local residents stopped the MUV and assaulted them @ndtv @ndtvindia pic.twitter.com/9tsA4XVsPB

​The children were scared of the two seers and ran away. Soon, people gathered at that place and beat the duo before handing them over to police.

Additional Superintendent of Police of Dhar District Devendra Patidar told media that the police are considering the matter.

An investigation is underway, while cases have been lodged against local residents.

Reactions have started flooding the social media over the lynching of the seers. Replying to the video, a Twitter user said: “Are Hindus in danger now?” while another said that though the act is condemnable, Hindus had started prior lynchings in the name of animals.

​Last year in April, two seers and their driver were killed by a mob in Palghar District in the Indian state of Maharashtra on suspicion of theft.

The State’s Crime Investigation Department (CID) filed a chargesheet against 126 people accused in the case. However, 89 of them were later granted bail.