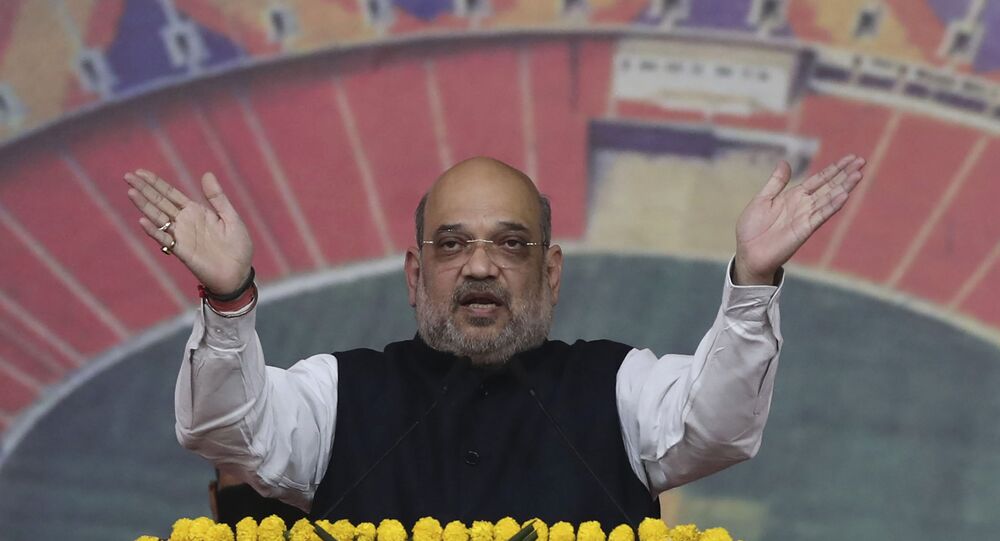 Since Sunday, reports have been released by 17 global media organisations claiming widespread abuse of Israeli NSO’s hacking spyware, Pegasus, in 10 countries including India. These organisations conducted investigations based on leaked data shared by Forbidden Stories, a France-based non-profit and human rights group, and Amnesty International.

Refuting the snooping charges that erupted after the Pegasus row, the Bharatiya Janata Party (BJP)-led Indian government on Monday said that organisations like “Amnesty” and Media organisation “The Wire” have an “Anti-India” agenda and repeatedly try to obstruct the nation's progress.

"This is a report by the disrupters for the obstructers. Disrupters are global organisations that do not like India to progress. Obstructers are political players in India who do not want India to progress. People of India are very good at understanding this chronology and connection," Amit Shah, India's Minister of Home Affairs said on Monday after the opposition Congress demanded his resignation over the Pegasus project leak.

The minister said that the report has been amplified by a few sections with the aim of humiliating India on the world stage. Shah said that these organisations have been peddling the same old narratives about the nation in an attempt to derail India’s development trajectory.

“Can we deny that bodies like Amnesty had a declared anti-India agenda in many ways?” Senior BJP leader and former IT minister Ravi Shankar Prasad hit out in a late evening special media briefing on the issue.

Can we deny that bodies like Amnesty had a declared anti-India agenda in many ways?

They withdrew from India when we asked them about their foreign funding as per law.

“They (Amnesty) withdrew themselves from India when the federal government asked them about their foreign funding as per law,” Prasad alleged. In September 2020, Amnesty International halted its India operations saying that the federal government is "pursuing a witch-hunt" against human rights organisations.

“Not a shred of evidence has come in the entire Pegasus story, which shows that BJP has to do anything with it," Prasad added.

Earlier in the day, the Federal Minister of Electronics and Information Technology Ashwini Vaishnaw dismissed the surveillance reports.

“There is no substance whatsoever behind this sensationalism,” Vaishnaw said in the parliament.

The report says that more than 300 verified mobile phone numbers, including two serving ministers, over 40 journalists, three opposition leaders, and one sitting judge, besides scores of business persons and activists in India could have been targeted for hacking through Pegasus software, which is sold only to government agencies.