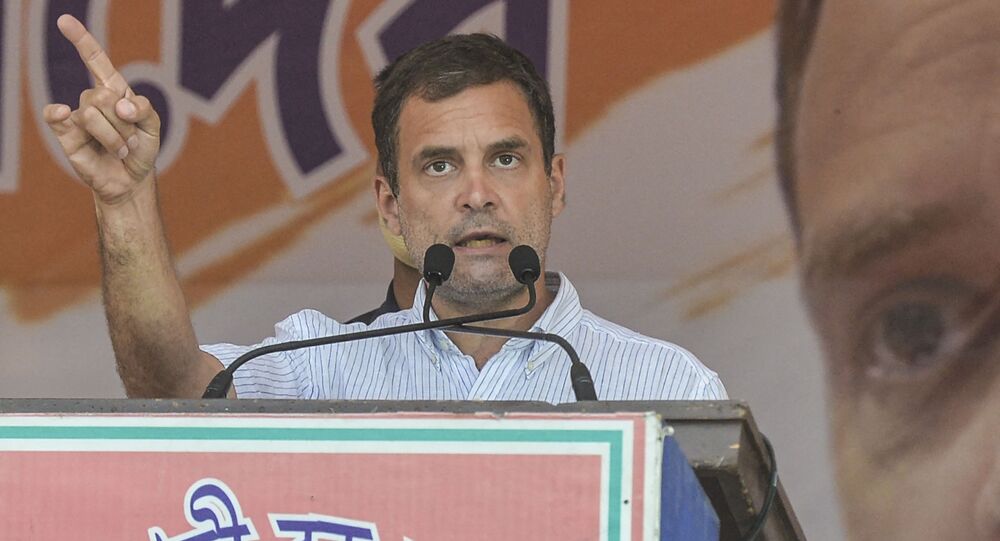 Rahul Gandhi, one of India’s major opposition figures and a challenger to Prime Minister Narendra Modi during the 2019 federal elections, was a potential victim of the recent spy scandal, The Guardian reported on Monday.

Two mobile numbers used by Gandhi, an MP from the main federal opposition Congress party, were reportedly shortlisted as surveillance targets by a client of the NSO Group. While one mobile number was on the radar a year before the federal election, another mobile device was a possible target immediately after the election ended in May 2019.

The governments of at least 10 countries, including India, reportedly employed the services of Pegasus to snoop on journalists and political opponents among other targets. India has officially denied snooping accusations.

Israeli technology firm NSO Group – which makes the Pegasus spyware, which can be used to hack into the phones of surveillance targets and steal data – has also denied the accusations, stating that its software was created to track criminals and terrorists.

“Targeted surveillance of the type you describe whether in regard to me, other leaders of the opposition or indeed any law-abiding citizen of India is illegal and deplorable,” The Guardian quoted Gandhi as saying.

“If your information is correct, the scale and nature of surveillance you describe goes beyond an attack on the privacy of individuals. It is an attack on the democratic foundations of our country. It must be thoroughly investigated and those responsible be identified and punished,” he also told the British daily.

According to a joint investigation conducted by Forbidden Stories and human rights group Amnesty International, Pegasus has targeted more than 50,000 phone numbers in more than 50 countries since 2016.

Forbidden Stories has shared the details of the alleged surveillance operation with 16 news organisations globally, including The Guardian, The Washington Post, and Le Monde.

However, Forbidden Stories has refused to confirm if Gandhi’s phone was “successfully hacked" because it hasn't been available for forensic analysis.

“We can't fault those who haven't read the news story in detail and I request all members of House to examine issues on facts and logic,” Vaishnav told the lower house of India's Parliament, completely rejecting the snooping claims.

The Washington Post reported on Monday that one of the phone numbers used by Pakistan’s Prime Minister Imran Khan was also selected as a potential surveillance target.

Earlier in the day, Pakistan’s Federal Minister Fawad Hussain Chaudhry slammed the Modi government, saying he was “extremely concerned” by the spying claims.

Pakistan Hits Out at Modi Gov't Over Alleged Use of Israeli Spyware to Target Journalists, Opponents