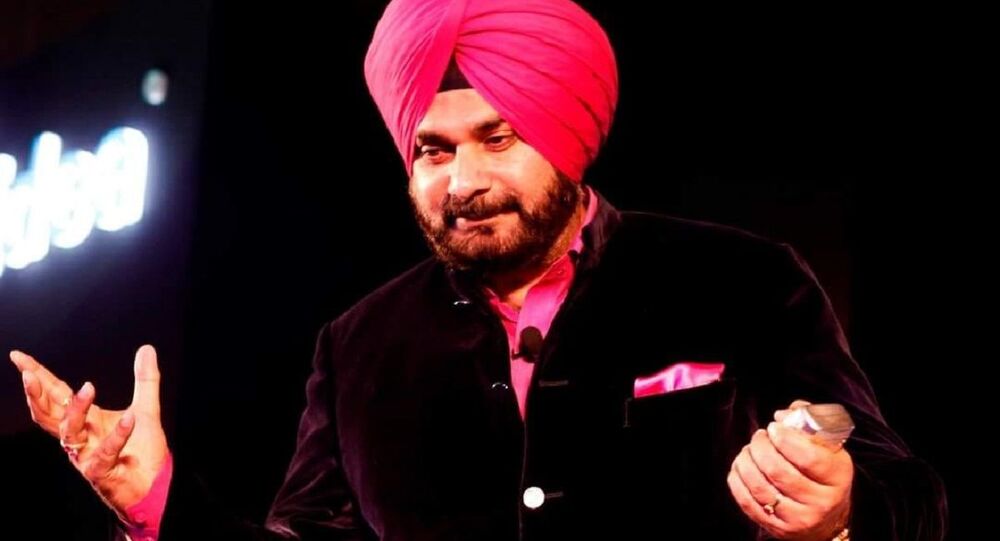 The Congress-ruled Punjab State has been witnessing a face-off between State Chief Capt. Amarinder Singh and rebel leader Navjot Singh Sidhu, who resigned from the State Cabinet two years ago after a rift with the former. The past few months have been marked by Sidhu publicly opposing the state chief's decisions.

Putting an end to months of suspense regarding the fate of two top Congress party politicians in India's poll-bound Punjab state, the party's central leadership has appointed rebel leader Navjot Singh Sidhu to the important post of president of the Punjab Pradesh Congress Committee (PPCC).

The move, aimed at bringing the warring factions in the party together ahead of crucial legislative assembly polls, is likely to deepen the fissures in the Congress party within the state, say analysts.

Sidhu's appointment was announced by Congress party president Sonia Gandhi late Sunday night. It is being seen as a rebuff to the State chief Captain Amarinder Singh who had made all-out efforts to prevent Sidhu's elevation in the party, having actively lobbied against the cricketer-turned-politician.

On Sunday, Captain Amarinder Singh mobilised a delegation of 10 Members of Parliament from the State to convey to Sonia Gandhi that Sidhu's appointment will undermine the party's chances of winning forthcoming State polls that are due early next year.

"The fissures are set to deepen. The rift between Captain Amarinder Singh and Sidhu is too deep to be filled merely by the fact that the high command wants the leaders to work together for the sake of the party," said Gurvinder Singh, a political analyst in Punjab and an election strategist.

"Captain Amarinder Singh's wishes have been ignored, he wanted Sidhu to apologise publicly for his diatribe against the government. But he has not been allowed even that. Sidhu is not acceptable to the Captain. The later considers him as his replacement as the party's face for the top post of State chief during the elections," he added.

Seeking guidance of Presidents of the illustrious Punjab Pradesh Congress Committee … Conversations with wise men, worth months of Education !! 🙏🏼🙏🏼🙏🏼 pic.twitter.com/Tq5uqkbp6m

The party's top brass also announced that the state will have four working presidents from different castes in what is being seen as a placatory gesture to Amarinder Singh. But this too is not likely to appease the State chief, as he was again ignored regarding the choice of working presidents named by the party. Instead, the Congress party has tried to balance the caste and religious equations.

Among the new working presidents, Sangat Singh Gilzian is a 'backward class' leader, Sukhwinder Singh Danny belongs to a Scheduled Caste, Pawan Goel is a Hindu, and Kuljit Singh Nagra is seen as a confidante of senior Congress leader Rahul Gandhi.

Although the Congress top brass' move on the leadership roles in Punjab had been pending for a long time, the decision announced late Sunday night came as a surprise to lobbyists.

Meetings had been planned by several state Congress lawmakers in Punjab on Monday to deliberate on the leadership crisis - all of which were called off after Sonia Gandhi's announcement.

Sunil Jakhar, the president of Punjab Pradesh Congress Committee (PPCC) who will be replaced by Sidhu, also called meetings on Monday.

Sidhu, a former BJP leader, had joined the Congress party ahead of the 2017 Assembly elections. It was believed that he would get a significant role in the party. But in 2019 he was removed from the State's Cabinet by Captain Amarinder Singh, who took away his Tourism and Local Bodies Department portfolio, cutting him to the size of an ordinary Member of the Legislative Assembly.

Sidhu had been sulking since then and literally launched a political war against the Captain by often blaming him for administrative failures in the State.

In the run-up to Sidhu's elevation, Captain Amarinder Singh had also shot off an angry letter to Sonia Gandhi warning her of a split in the party if Sidhu was promoted.

"The fact that Captain Amarinder Singh has been snubbed clearly indicates the road ahead for Congress in Punjab. The change of guard is loud and clear. The fact that Rahul Gandhi's men, Nagra and Danny, have been given prominent roles means that the Gandhi siblings, Rahul and Priyanka Gandhi Vadra, have had their say in the matter," said Prof. H.S. Pal, a political analyst based in the State's capital city Chandigarh.

My heartfelt thanks to INC President Smt #SoniaGandhi ji, @RahulGandhi ji and @INCIndia High Command on appointing me as the Working President of @INCPunjab

I will try my best to live up to the trust shown in me and serve the Party and the people of State to my best capacity. pic.twitter.com/YHnOZSCNtC