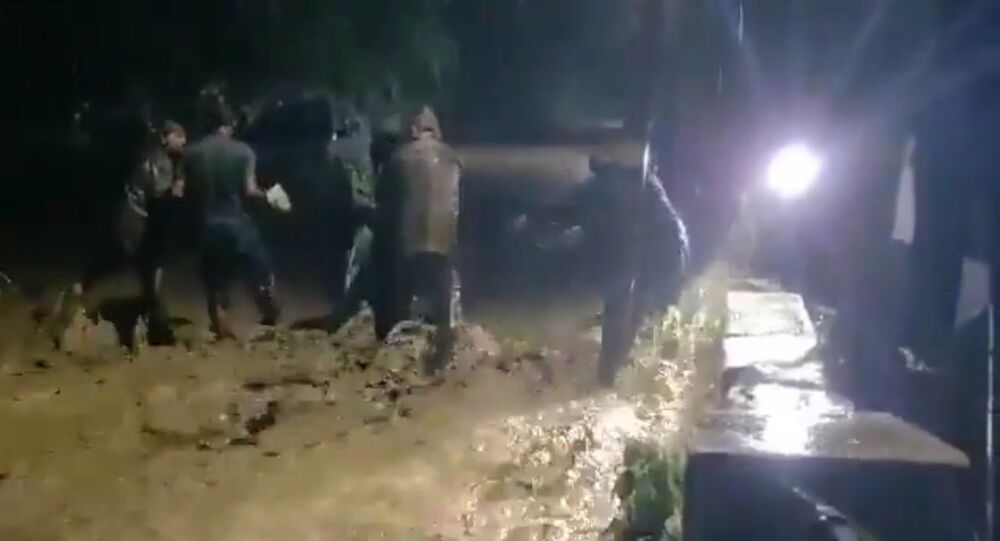 The India Meteorological Department (IMD) had predicted extremely heavy rainfall over the country’s hill state of Uttarakhand on 18-19 July. It also forecasted intense to very intense rainfall over the western Himalayan region until 21 July.

A rescue operation is being carried out in an Indian village, located in the hilly state of Uttarakhand, after a cloudburst on Sunday night, the State Disaster Response Force (SDRF) officials said on Monday. At least three people have already died and four others are reported missing.

The incident occurred in Mando Village in Uttarkashi District.

​Inspector Jagdamba Prasad, the in-charge of the SDRF, told media that two women and a child have died.

The SDRF officials also told the media that amid heavy rainfall in the state, several houses were submerged in water in some areas of Mando village after the cloubdburst.

Meanwhile, Anoop Nautiyal, founder of the Social Development for Communities (SDC) Foundation in Dehradun, a city in Uttarkhand, blamed the state's drainage plan for the havoc.

The SDC Foundation is a not-for-profit organisation engaged in communication, capacity building and community mobilizatios which has been working closely on issues of sustainable development and governance.

Its a pity that the capital of #Uttarakhand does not have any drainage plan. A day or two of rains & the fault lines are exposed widely. All authorities/elected reps have miserably failed city on drainage front. I urge action to improve drainage situation in Doon