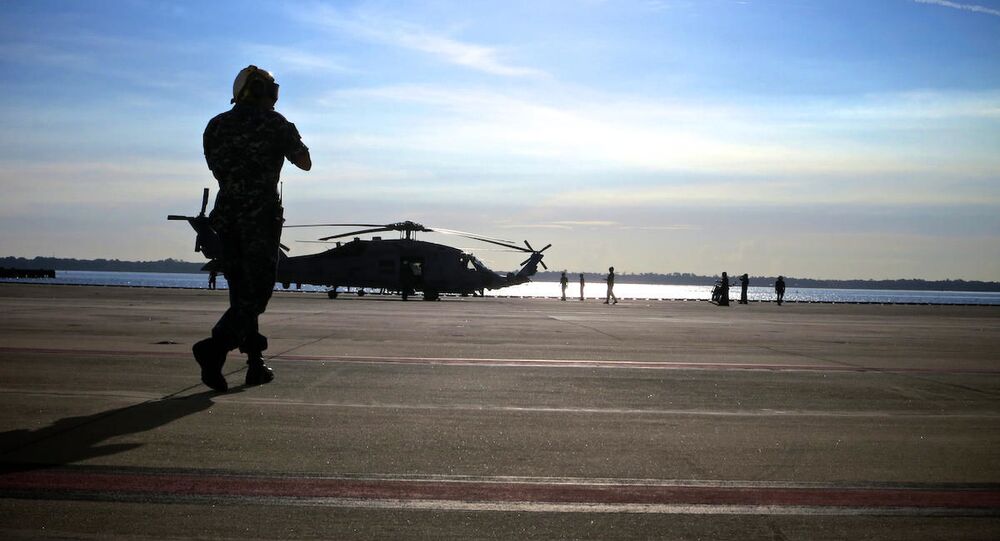 After waiting for decades, the Indian Navy has finally obtained a pair of new multi-role helicopters. The Indian maritime force had been struggling with an ageing fleet of British-made Sea King choppers which it acquired in 1978.

​The two helicopters were handed over to the Indian Navy at Naval Air Station North Island in San Diego, California.

India's Ambassador to the US Taranjit Singh Sandhu was present at the ceremony, which marked the official transfer of the helicopters from the US Navy to the Indian Navy.

During the ceremony, Sandhu said that the induction of the helicopters in the Indian Navy is a major milestone in the India-US defence partnership.

"The ceremony marked the formal transfer of these helicopters from US navy to the Indian Navy, which were accepted by His Excellency Taranjit Singh Sandhu, Indian Ambassador to the USA," the Indian Navy said in a statement.

​Sandhu also mentioned that the total value of Indian defence contracts bagged by the US has exceeded $25 billion in the last 15 years.

The choppers, known for their anti-submarine capabilities, are equipped with Hellfire missiles, torpedoes and precision-guided munitions alongside a multi-mode radar system and night-vision devices.

India had signed a $2.6 billion deal to procure 24 MH-60 Romeo helicopters from US weapons major Lockheed Martin in 2020.

The Indian Navy is buying these choppers from the American government. The pact was inked during former US President Donald Trump's visit to India last year.

Both sides went for a government-to-government contract because India wanted to fast track the procurement process.

The choppers are vital for the country's navy as it struggles to keep an eye on China in the vast Indian Ocean Region (IOR).

Chinese navy ships, corvettes, submarines and underwater drones have been making regular forays in the IOR.

The first batch of the Indian pilots is undergoing training on the helicopters in America.

According to the US Department of Defense, these helicopters will provide the Indian Navy the much needed capability to take on enemy warships, destroyers and submarines in the water as they are well-versed in performing anti-surface and anti-submarine warfare missions.