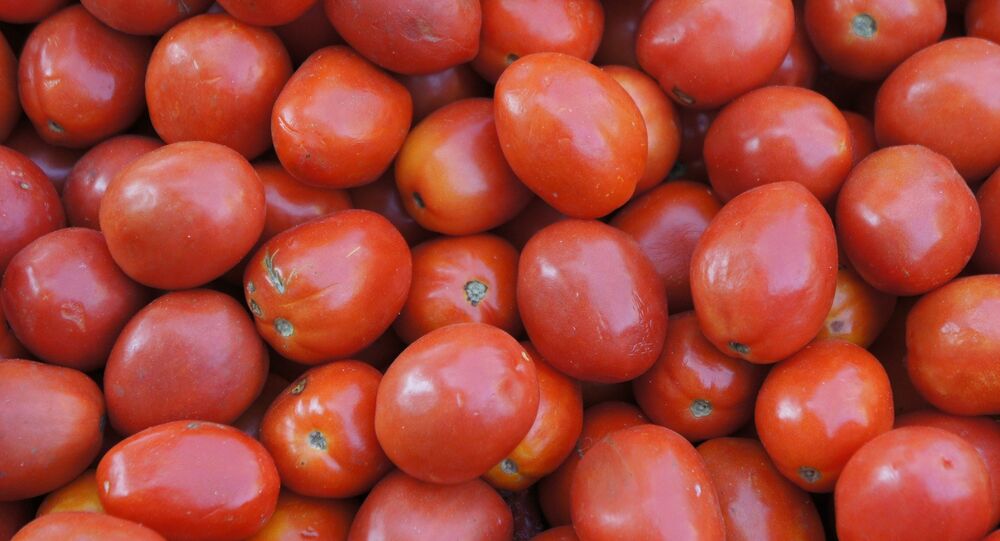 Mumbai, the financial capital of India, has been witnessing heavy downpours in recent days. Continuous rainfall has not only made the roads slippery, but also reduced the visibility in the "tinsel town", as well as in regions around it.

A truck carrying tomatoes toppled over on the motorway connecting Mumbai to Thane, a city just outside the great financial centre, on Friday.

The accident resulted in more than 20 tonnes of tomatoes being spilt and painting the road red.

Visuals of the incident obtained by Sputnik show a crane working to gather in the fallen tomatoes.

Netizens have noted that the scene reminds them of the tomato festival "La Tomatina" which takes place in Valencia in Spain and was popularised in India by the 2011 Bollywood blockbuster "Zindagi Na Milegi Dobara".

One person was injured in the accident and is now being treated in a local hospital, the Thane Municipal Corporation told the Indian media without revealing the identity of the casualty.