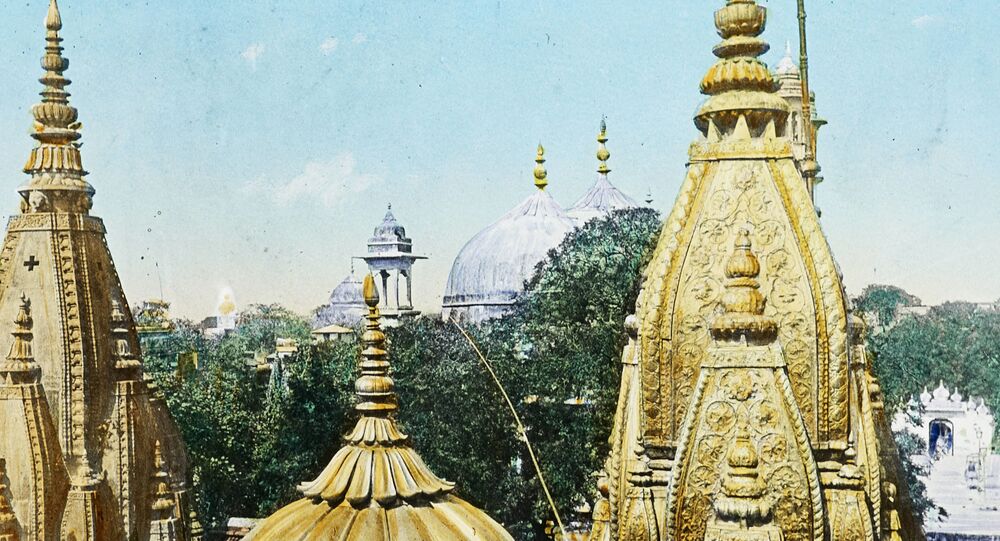 Experts believe the tunnels might be linked to the summer palace of Maharaja Ranjit Singh, the founder of the Sikh Empire in India, in the Rambagh region of Amritsar in the state of Punjab.

Historical tunnel-like structures have been unearthed in the Indian city of Amritsar in the state of Punjab. The find came during excavation work being carried out in the basement area of a building located in the famous Sikh shrine, the Golden Temple or Sri Harmandir Sahib Gurdwara.

The discoveries were made at a depth of 25 feet when volunteers noticed two tunnel-like structures made of small bricks while digging up the place for the construction of a shoe rack and coatroom for devotees visiting the Golden Temple.

It is believed that the structures were in use centuries ago by Maharaja Ranjit Singh, the founder of the Sikh Empire in India, and might be linked to his summer palace in the Rambagh region of Amritsar.

The volunteer while excavating
Discovered the tunnel like structures made of small bricks at a depth of about 25 feet. pic.twitter.com/ANnLZpm45f

The structures' discovery triggered a clash between a group of construction volunteers and Sikh community members outside the Golden Temple on Thursday morning, as the former were trying to fill the underground tunnel with concrete.

Emphasising that the tunnels hold great historical value, the Sikh leaders of the Shiromani Gurdwara Parbandhak Committee (SGPC), which is handling the construction work and also manages several gurdwaras in Punjab, Haryana, and Himachal Pradesh, have urged the deputy commissioner to call a team from the Archaeological Department for examination.

"Even the SGPC will get the structure examined by historians and if needed they will be preserved", Bibi Jagir Kaur, president, SGPC, said on Friday.

Several Sikh organisations have been demanding construction at the site be stopped, as they believe the authorities should focus on restoring the structures due to their religious significance.

"The tunnel needs to be studied keeping in mind its historical relevance", Balvinder Singh, former head of the Guru Ramdas School of Planning at Guru Nanak Dev University, added.

Pottery, Bones Believed to be from Harappan Civilisation Found in Hastinapur Near Indian Capital