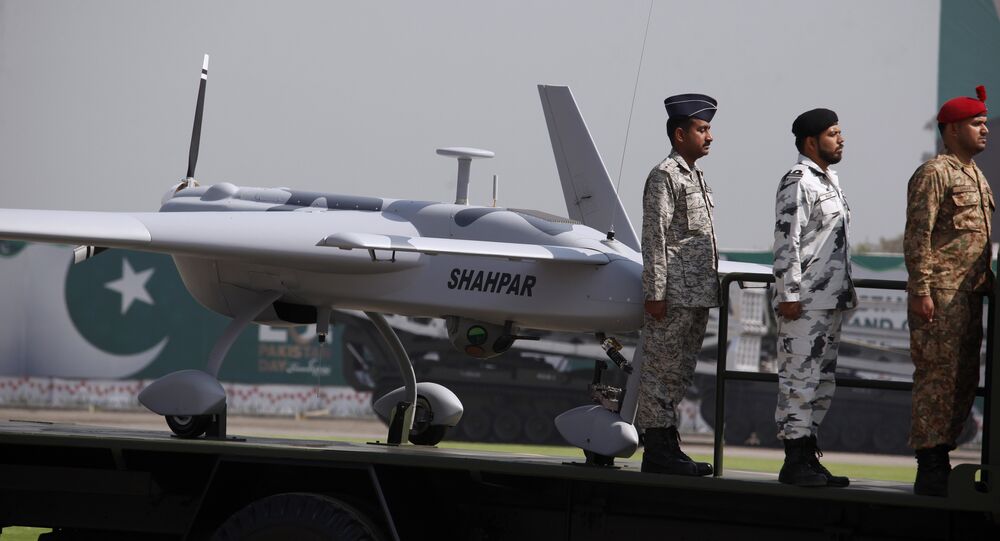 On the night of 26-27 June, two low-flying drones flew over the Indian Air Force base in the Union Territory of Jammu and Kashmir, that shares an international border with Pakistan, and dropped explosive devices. One explosion caused damage to the roof of a building and the other one was in an open area, near a parked helicopter.

Pakistan has rejected India's claims that drones which entered its territory - two of which were involved in India's first armed drone attack at the Indian Air Force base in Jammu and Kashmir - originated in Pakistan.

In a statement released by a spokesman of the Pakistan Foreign Ministry on Thursday, Pakistan rejected India's claims.

"India has a kneejerk tendency to assign unilateral blame without evidence. We recall India's obsession with the so-called 'spy-pigeons' in the not-so-distant past. Apparently it has evolved into a strong fixation with drones now," said the ministry in a statement.

There have been instances in the past when villagers along the international border in India have caught pigeons that allegedly flew across the border and had notes with inscriptions on them. The security forces have occasionally kept the pigeons in their custody, referring to them as 'spy-pigeons'.

India has blamed the terror groups operating out of Pakistan, near the international border, for sending drones in the Indian territory for surveillance.

On 2 July, Jammu and Kashmir's director-general of police, Dilbagh Singh said: "On the basis of past history of the Lashkar-e-Taiba using drones to drop weapons, narcotics and ready-made improvised explosive devices, it was suspected that the outfit was involved in the drone attack on the Indian Air Base in Jammu."

Ever since the armed drone attack at the end of June on the Indian Air Base in Jammu area, security forces have sighted drones in Indian territory at least seven times. The latest sighting was on the night of 13-14 July when paramilitary forces - Border Security Force's personnel - fired at the drone which vanished after coming under attack.