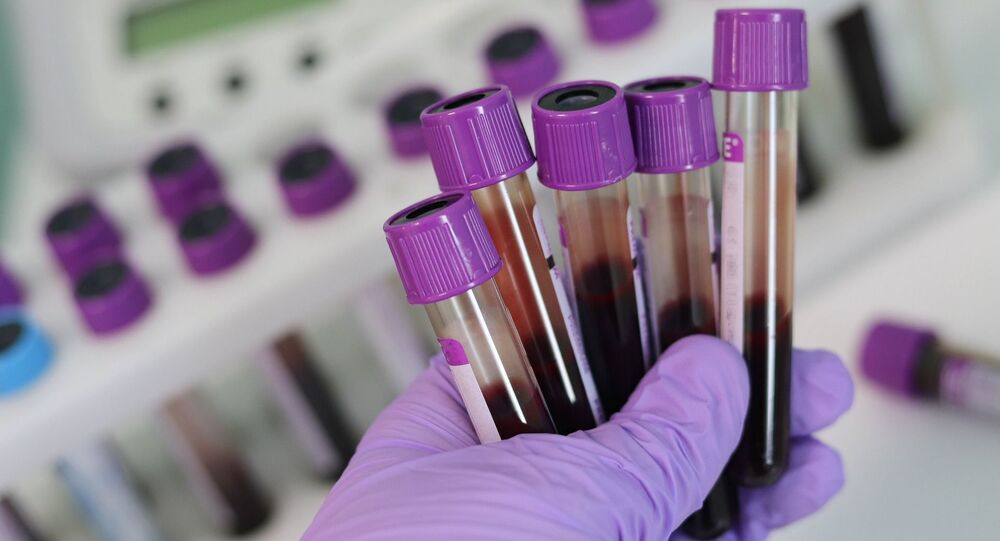 India's government decided in May that potential blood donors only had to wait 14 days after getting one or both jabs of the coronavirus vaccine before they were allowed to give blood.

"Only I know how I have been managing to arrange blood for my son to save his life", says 37-year-old Anil Kumar, who has been running from pillar to post to keep his 14 year-old child, who suffers from haemophilia, safe.

The boy is at one of India's top health institutes, Safdarjung Hospital in Delhi.

Kumar visits more than 10 blood banks a day to make arrangements for his son but most times he returns disappointed. "It has become a daily routine for me. I go around the city but find that even the blood banks do not have enough stock. They help me with leads but mostly in vain. Doctors have said that there are chances of organ failure or even death if blood isn't provided to him frequently," Kumar says.

Kumar’s son is not the only one facing such a problem.

Thousands of critical patients around the country are struggling to get blood, since stores across the country are facing an acute shortage in the absence of blood donation camps. It’s leading to a significant drop in the number of voluntary donors.

Speaking to Sputnik, Priyanka Gogoi, head of the state-run Guru Teg Bahadur Hospital blood bank in Delhi, said that after the second COVID-19 wave struck in April-May 2021, the crisis at blood banks escalated.

"We faced a similar crisis last year but still there were donors who willingly came forward to donate. But this year after what hospitals witnessed in April-May, people are scared even to visit a hospital", Gogoi said.

She added that the Indian government has cut the time within which people are allowed to donate blood after getting inoculated so that blood banks may avoid a shortage.

"We understand that the third wave is expected to hit the country soon and that the government is completely focused on it. But there are patients who are suffering from things other than coronavirus and they can't be neglected," she said.

According to medical experts, India faces a shortfall of between 3 and 4 million units of blood on average each year which has a terrible knock-on effect on thousands of people, many leading to death.

She further said that if donors do not show up in a few days, the stocks would be depleted, leading to critical situations in hospitals. A lot of people would die because of shortage of blood.

Sputnik asked several hospitals in different parts of India about the problem. They admitted that blood donation drives have dried up and donation camps have still not been organised. The hospital authorities stated it is largely because of the COVID vaccination drive being opened up for 18+.

At present the Indian government is on a mission to vaccinate as many people as it can before the third wave strikes.