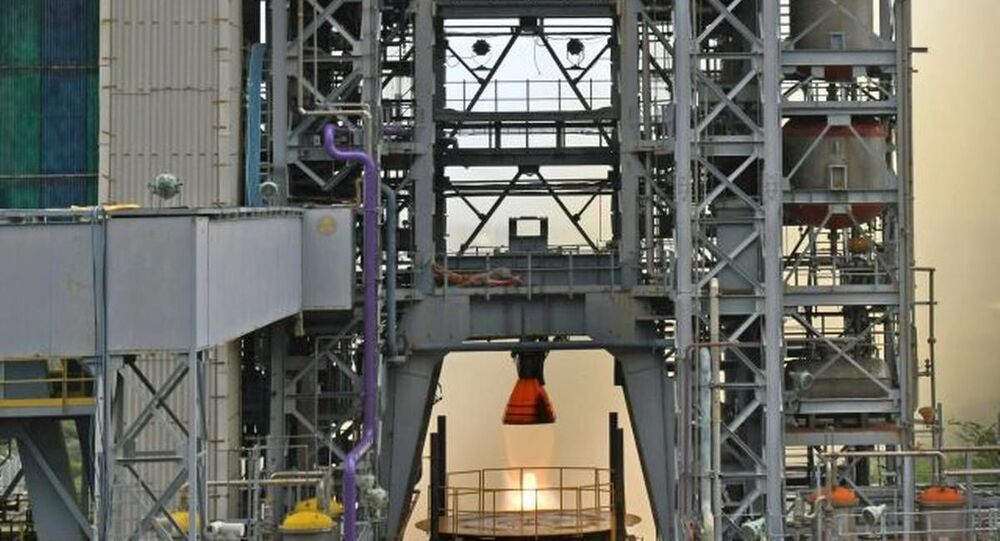 The Indian Space Research Organisation (ISRO) has planned to send two uncrewed flights to test end-to-end capacity for the country's first manned mission, Gaganyaan. As the first flight deadline is December, the space agency is racing against time to launch the mission as the COVID-19 lockdown has drastically affected their schedule.

The Indian Space Research Organisation (ISRO) has successfully conducted its third long-duration hot test of the liquid-propellant Vikas engine for the Gaganyaan programme, the country's first manned mission to space. In a statement issued by the nation's space agency, as part of the engine qualification requirements for the Gaganyaan programme, the test was done for the core L110 liquid stage of the GSLV MkIII vehicle.

"The engine was fired for a duration of 240 seconds at the engine test facility of ISRO Propulsion Complex (IPRC), Mahendragiri in Tamil Nadu. The performance of the engine met the test objectives and the engine parameters closely matched the predictions during the entire duration of the test", the statement added.

​According to ISRO, the mission aims to demonstrate the space agency's capability to send humans to low-earth orbit aboard an Indian launch vehicle and bring them back to Earth. Moreover, four Indian candidates for this mission have already undergone generic space flight training in Russia for the mission.

Earlier this year, the India's Minister of State for Space Jitendra Singh said the first unmanned mission is planned in December 2021 and the second unmanned one in 2022-23, followed by a human spaceflight demonstration. In 2018, Indian Prime Minister Narendra Modi formally announced the mission during his Independence Day speech on 15 August.