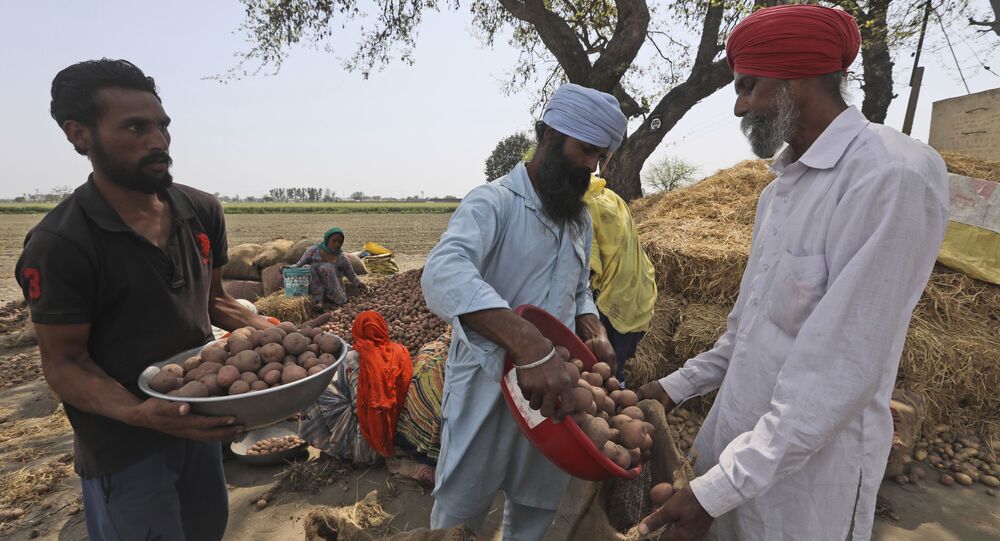 The opposition has been attacking Punjab's Congress government because it failed to honour nearly 15 promises it made in the manifesto that it released before the last assembly elections in 2017. Almost five years on, a new set of elections are scheduled for early next year and the government is working flat out to deliver on its commitments.

The chief of Punjab's Congress-ruled government, Captain Amarinder Singh, announced on Wednesday that his government is cancelling $79 million of farm debt owed by tenant farmers.

The announcement of this waiver coincide with the fact that state assembly elections are due to be held early next year and Singh was recently asked by senior members of his party to deliver on commitments made in the 2017 poll manifesto.

Punjab CM @capt_amarinder announces waiver of Rs. 590 crore worth of loans under the farm debt waiver scheme for labourers & landless farming community, paving the way for fulfilment of another key promise of his government. pic.twitter.com/qpLVOB5uHD

The government's decision to write off debts owed by labourers and tenant farmers had been mooted for several years with the farming community persistently demanding action from successive governments.

The waiver will benefit 285,325 members of the Primary Agricultural Cooperative Societies, according to Anirudh Tewari, a senior administrative official in the Punjab government.

A flagship "Debt Waiver Scheme" was launched in 2018 by which farm loans totalling $620 million have been pardoned and nearly half a million farmers, many of whom do not own the land they work on as labourers, have benefited from it.

The task of honouring manifesto promises made in the run-up to the last election has become pressing for Punjab's chief minister; Singh is facing stiff opposition from members of his Congress party.

Three weeks ago, the Congress general secretary, Harish Rawat, told the media that Singh had been given a list of about 18 tasks which were mentioned in the poll manifesto and which needed to be tackled. Apart from the farm loan waiver, the list includes cracking down on the problem of drug addiction in the state and putting an end to the illegal mining of sand from river beds by the state's "sand mafia".

"In a way, Singh's claim to the top post in the state depends on whether he fulfils the poll promises - and he hasn't done much yet. Now at the last minute he is trying to undo the damage. There are concerns in his camp that he might not be promoted again by Congress as a contender for the chief's post in the forthcoming election," political analyst and author, Jagtar Singh, said.

The waiving of the farmers' debts was met with a mixture of relief and regret. "The loan waiver will no doubt help marginalised farmers, who have been hit hard during the pandemic. But it does nothing for the large farm owners whose debts are much larger. It has been a real struggle for us to get this much debt waived and it will take ages for the government to meet all our reasonable demands," Kartar Singh, a farmer leader in the state, told Sputnik.

A senior official in the state government told Sputnik on condition of anonymity: "The state government is extremely straitened financially, yet it has made efforts to release funds for this waiver. The state is already reeling under an unsustainable burden of debt which is only growing. In the past four years, our outstanding debt has increased by $10 billion with almost $4 billion debt accumulating in the past financial year."

The Comptroller and Auditor General of India has warned, in a recent report, that Punjab's financial crisis is set to worsen, with public debt likely to reach $49 billion by 2024-25.