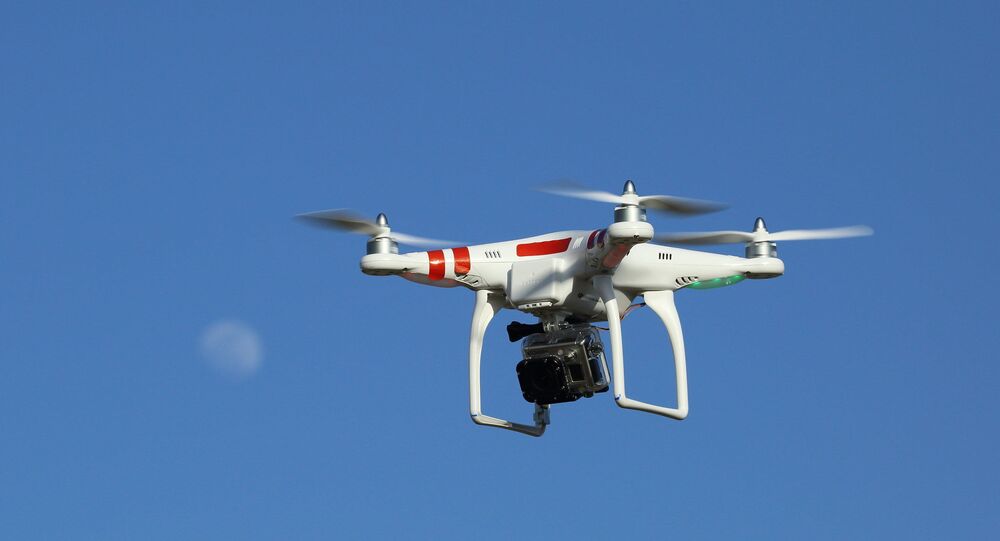 Two IAF personnel suffered injuries on 27 June after two low-intensity explosions were reported in the technical area of the Jammu Air Force Station, around 14 km from the border with Pakistan. Low-flying drones were used to drop two improvised explosive devices (IED), officials said.

The Indian Air Force (IAF) has ramped up the air defences at its forward bases in the western sector to pre-empt fresh drone attacks along the International Border (IB), officials revealed on Wednesday.

Speaking to Sputnik, a senior IAF officer stated that the air defences have been beefed up against the backdrop of recent attacks or attempted assaults, purportedly from the Pakistani side.

"Over the last 15 days, our security forces have sighted six UAVs, or unmanned aerial vehicles, in our territory around the international border near Pakistan”, the officer said, requesting anonymity.

“Security and intel agencies along with the Air Force have been continuously sharing info and working to avoid any unlawful activity or attack", the officer added.

On Tuesday night, a drone was spotted near the International Border in Jammu's Arnia Sector, prompting India's Border Security Force (BSF) to fire at it.

According to officials, the operators of the drone pulled it back towards the Pakistani side.

"On the intervening night of July 13 and July 14, a blinking red light was observed by our troops in the Arnia sector at about 9:52 pm at a distance of 200 metres on our own side. Alert troops fired from their position towards the red blinking light, due to which it returned. The area is being searched. Nothing has been found so far", the BSF said in a statement.

Speaking to Sputnik, a senior BSF official stated that UAVs are becoming Pakistan's new watch towers and are being used in abundance.

"In the last one year, there have been many incidents of Pakistan-based terrorists using drones around the border areas of Jammu and Kashmir to drop arms, ammunition, drugs and money to fuel terrorism in the region", the officer said, adding that they have increased the patrolling near the border areas.

According to officials, at least 300 drones have been spotted along the border with Pakistan since the 2019 revocation of Jammu and Kashmir's special status.

Meanwhile, an investigation into two low-intensity explosions that took place on 27 June at the Jammu Air Force Station has emerged as a new challenge for federal agencies.

Officials said smaller drones that are available commercially and difficult to spot at night were used in the blast. They also fly below radar-capable heights.

A case under the anti-terror Unlawful Activities (Prevention) Act that allows the arrest of suspects and their detention for up to six months without the filing of a charge sheet is being probed by the National Investigation Agency.