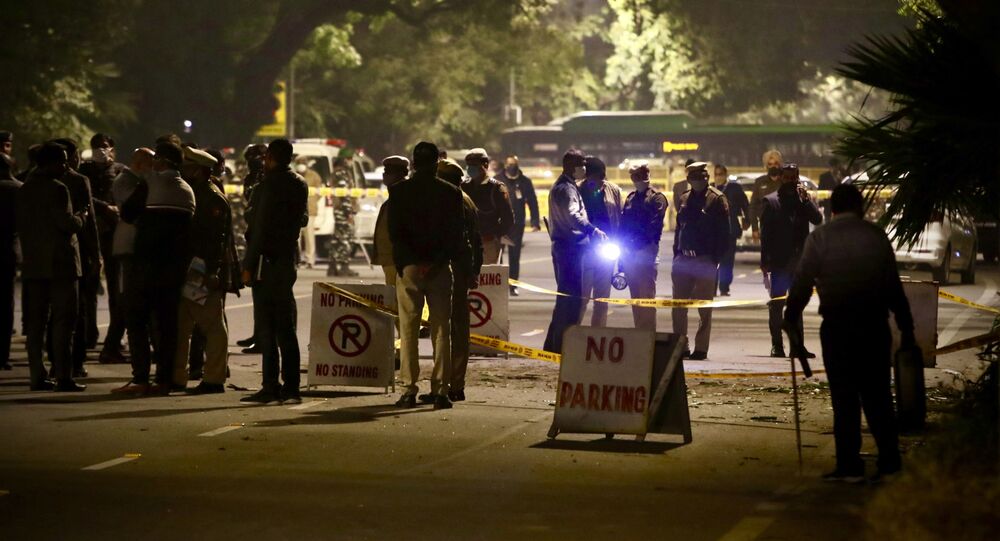 Delhi's police have organised a number of awareness campaigns to alert the capital's citizens to the dangers of being duped by online scams but in addition to this, they have been carrying out a series of raids to bring whole gangs of criminals to justice.

As many as 26 people, including five women, have been arrested by Delhi Police for pretending to be Amazon employees and duping more than 1,200 US citizens, officials said on Tuesday.

Speaking to Sputnik, Atul Kumar Thakur, deputy commissioner of police (south district), said that a team raided an illegal call centre in the Fatehpur Beri area of the capital after receiving a tip-off on Monday.

© CC0
Cops Trying To Get a Hang Of ‘Technical Investigations’ As Cyber Crime Cases On the Rise in India
"When our team reached the spot, they found an office set-up in which the call centre employees were caught red-handed while trying to dupe US citizens by posing as officials from Amazon Inc" Thakur said.

It transpired that the call centre was being run without a licence, the official added.

"Preliminary investigation revealed that the illegal call centre has been running for the past seven months. More than 1,250 American citizens have been found to have been duped so far," Thakur said.

The accused made about $2500 per day and the total made during the time the call centre has been operating amounts to more than $525,000 (INR40 million), the police claimed.

The employees used illegal techniques of Voice over Internet Protocol (VoIP) to approach their targets, he said.

"We have recovered mobile phones from the accused persons, which contain various US-based mobile numbers in a Whatsapp group. Apart from that we have recovered 29 computer systems, three servers, two internet switches, two modems with other accessories being used by the employees and details of duped transactions have been seized," the officer added.

Speaking about the rise in call-centre scams, another senior official of Delhi Police said that in most cases, the staff seem unaware that they are taking part in a fraud and have joined these centres under financial necessity.

"Many people lost their job during the pandemic and jobs at call centers pay quite well, so a lot of people tend to go for it," the officer added.