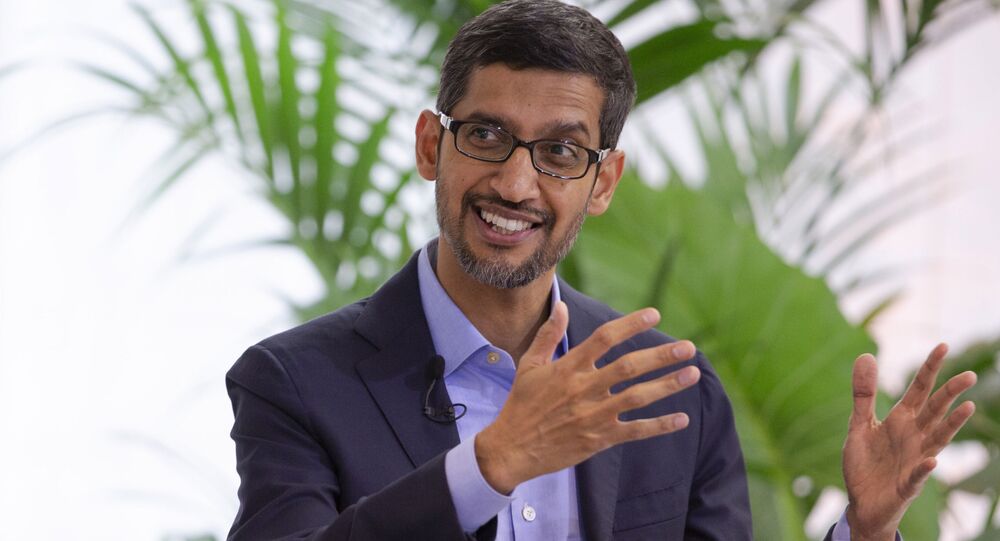 In recent months, global tech giants WhatsApp, Twitter, and Google have raised issues over India's new guidelines on regulating its digital space. Be it news websites, over-the-top (OTT) platforms, or social networking apps, India's IT rules have drawn resentment for allegedly trying to curb freedom of speech and expression in the country.

Google's India-born CEO Sundar Pichai has raised concerns regarding "free Internet" being "under attack" in some countries.

In an interview with the BBC, Pichai said the "open Internet" is a tremendous force, the unrestricted state of which should not be taken for granted, however.

"In each country now there is a debate what speech is okay and what should be allowed... in some ways I think we pull back from the bigger picture. Many countries around the world are restricting the flow of information and drawing much more rigid boundaries," Pichai said, while answering a question on countries deciding what content is "offensive" enough to be taken down from their digital spaces.

Without singling out India, the 49-year-old tech boss urged nations with "strong democratic traditions and values" to not take part in fragmenting the Internet.

Pichai's statement comes at a time when Google has been trying to escape from adhering India's IT laws.

In June, Google approached the Delhi High Court requesting exemption from having to comply with the IT rules. It said that the rules apply to social networking platforms, whereas it is a search engine.

Announced on 25 February 2021, the regulatory laws for OTT platforms and news websites mandate the removal of "offensive" content within 36 hours of complaint.

Facebook-owned WhatsApp has also approached the Delhi High Court over the IT laws, which demand traceability of problematic content for investigation purposes.

WhatsApp, which has over 340 million users in its biggest market India, has said it is not on board with risking its "end-to-end encrypted user privacy" to abide by the laws.

Backing the IT laws, Prime Minister Narendra Modi's government believes that these regulatory guidelines are important to curb the spread of misinformation and cases of cybercrimes.