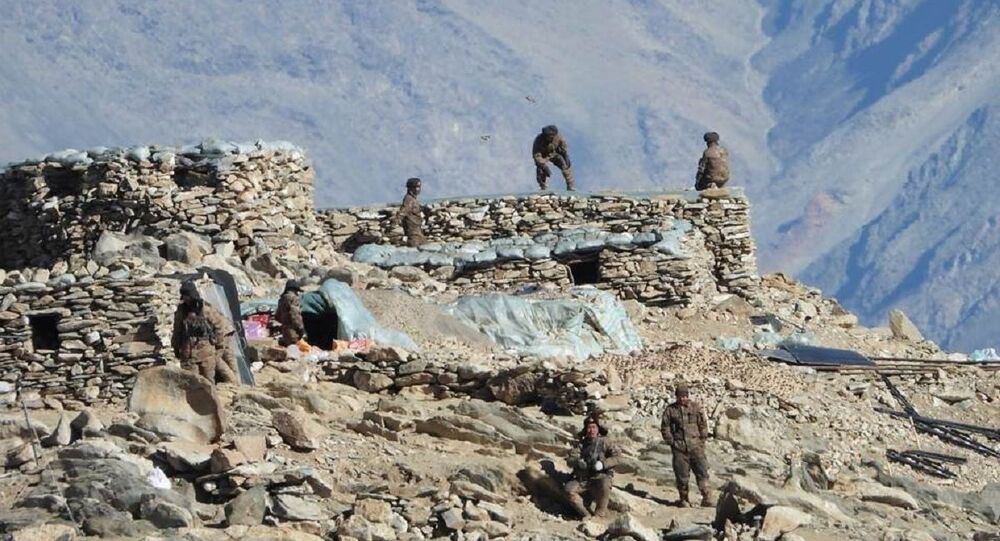 Tibetan religious head, Dalai Lama, laureate of the Nobel Peace Prize, fled Tibet in 1959 and sought political refuge in India. He has settled in the Indian state of Himachal Pradesh and established a Tibetan government in exile at Dharamshala town. His birthday celebrations witness a huge influx of Tibetans from all over the world.

Chinese soldiers and civilians entered Indian territory in the Demchuk region of the Ladakh sector to object to the birthday festivities of Tibetan religious leader Dalai Lama on 6 July, sources in the Ministry of Home Affairs confirmed to Sputnik on Monday.

Earlier, locals had reported that Chinese soldiers and some civilians had appeared on the other side of the Sindhu river and displayed banners and Chinese flags in protest while Indian villagers celebrated the Dalai Lama's birthday. The Chinese, seemingly comprising Army personnel and civilians in five vehicles, came close to the village centre where festivities were in progress.

There Chinese have not confirmed the incident as yet.

India's Union Territory of Ladakh, which lies on the Indo-China border, has the Tibet Autonomous Region to the east. It is one of the most ancient Buddhist regions with historic ties to Tibet. Nearly 40 percent of the population in Ladakh follow Buddhism and the Dalai Lama is revered as a religious leader. His birthday is celebrated with great fanfare.

Last week, Prime Minister Narendra Modi, greeted the Dalai Lama on his 86th birthday. This is the first time that PM Modi publicly confirmed speaking with the Dalai Lama since he took over as prime minister in 2014.

PM Modi's tweet shows a perceptible shift in India's Tibet policy and is seen as a strong message delivered to Beijing especially since the Indian government conspicuously did not send China greetings on the 100th anniversary of the Chinese Communist Party.

Spoke on phone to His Holiness the @DalaiLama to convey greetings on his 86th birthday. We wish him a long and healthy life.

​India and China have been in a state of military stand-off since May last year when soldiers of both the countries engaged in squabbles in the Ladakh sector. Diplomatic and military endeavours are taking place, a year after the incident, to de-escalate tensions as both countries have stationed a record number of soldiers at the borders.

This is not the first time villagers in Ladakh have reported Chinese objections to the Dalai Lama's birthday festivities. In 2019, at least 11 Chinese men in civilian clothes had raised banners, close to the Line of Actual Control, that read, "Ban all activity to split Tibet".