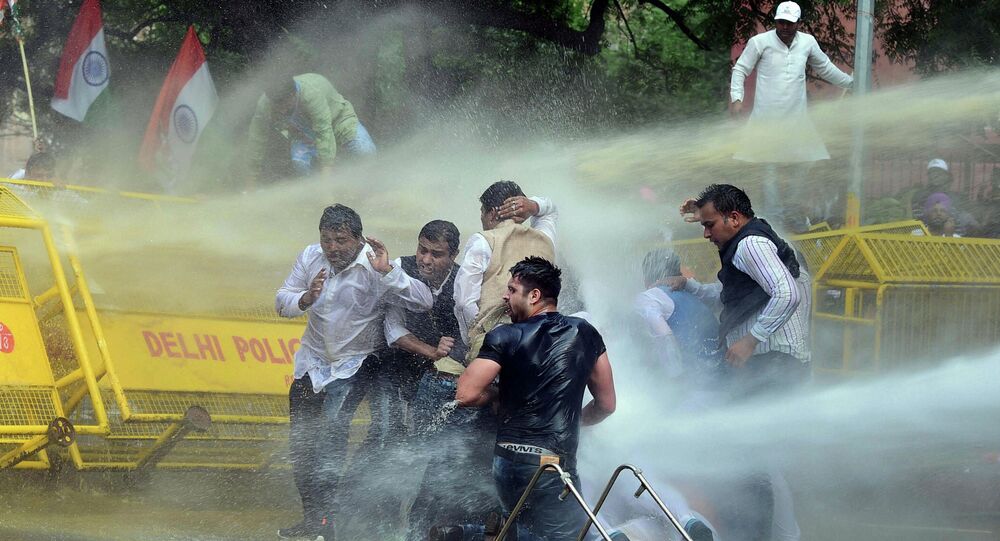 Delhi is the world's second-largest city after the Japanese capital Tokyo. According to research platform populationu.com, Delhi is home to a population of more than 30 million. The city's Yamuna River, notorious for how heavily it is polluted, serves as a major water source.

The Delhi Police on Monday used water cannon to disperse supporters of the federally ruling Bharatiya Janata Party (BJP) who were protesting outside the residence of the city's Water Minister Satyendar Jain.

Jain is in charge of several ministries in the Delhi government such as Health, Home, Power, Public Works Department, Industries, Urban Development & Flood, and Irrigation and Water.

The city is ruled by the Aam Aadmi Party (AAP) and the federally ruling BJP is its main opposition in the legislative assembly.

On Monday, BJP protesters blamed Delhi's government for not securing a proper water supply in the city during these scorching summer months.

© CC BY-SA 2.0 / Gary Denham / Taj Mahal on the banks of the Yamuna River
As Algae, Ammonia Level Rise in River Yamuna, Delhi Households Strive for Clean Drinking Water
The heated protesters also tried to disconnect the water connection to Jain's house and threatened to disconnect the water supply to Delhi Chief Arvind Kejriwal's residence if their complaints were not resolved in the next 48 hours, Indian media reported.

After the protest intensified with slogans, the police resorted to using water cannon to move the masses away.

What an irony, using water cannon on people protesting water crisis, if they knew, they might have carried some buckets 🤔#delhi #bjp https://t.co/g6XefnuGAs