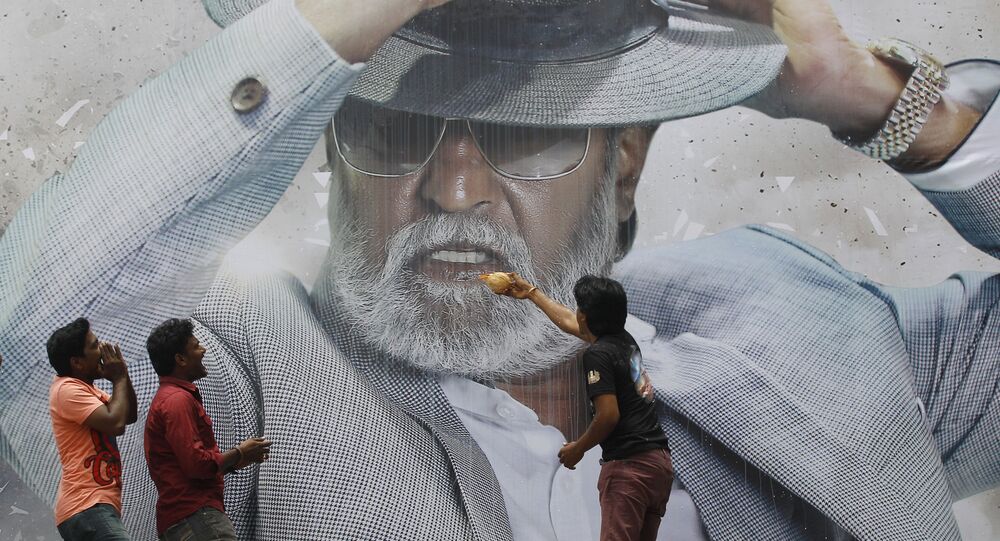 'No Intention' to Enter Politics, says India's Megastar Rajinikanth As He Shuts Down Party

On Monday morning, the 70-year-old actor met members of his group Rajini Makkal Mandram (RMM) which was founded in 2018 as a precursor to the political party he promised he would launch to fight the 2021 Tamil Nadu State Assembly elections.

The Bollywood megastar Rajinikanth, who was born Shivaji Rao GaeKwad, announced on Monday that he has “no plans of entering into politics” and dissolved his organisation RMM.

"I don't have any plans to enter politics in the future," he told reporters.

The Rajini Makkal Mandram (RMM) will be dissolved and turned into "Rajinikanth Rasigar Narpani Mandram" or the Rajinikanth Fans' Welfare Forum, he said.

Last week, Rajnikanth returned to India from the United States where he had been undergoing a general medical checkup. The superstar has made a point of visiting the US every year since having a kidney transplant in 2016.

Earlier, in December, he said that in January he would announce his plans about taking a more active part in politics. But he changed his mind that very month after being hospitalised with unsteady blood pressure.

The southern state of Tamil Nadu held polls for the legislative assembly on 6 April. Ahead of the election, various political parties - including the Bharatiya Janata Party (BJP) - met him hoping to secure his support. However, he refused to support any party.

Though the veteran actor has never fought an election, his popularity with the public can be gauged from how big an effect only one remark from him had on the fate of the ruling All India Anna Dravida Munnetra Kazhagam (AIADMK) party in 1996.

He said: "If Jayalalithaa (then ruling state chief) is voted back to power, even God cannot save Tamil Nadu."

Jayalalithaa, who until then had been a highly popular state chief, and her party AIADMK, promptly lost the election.