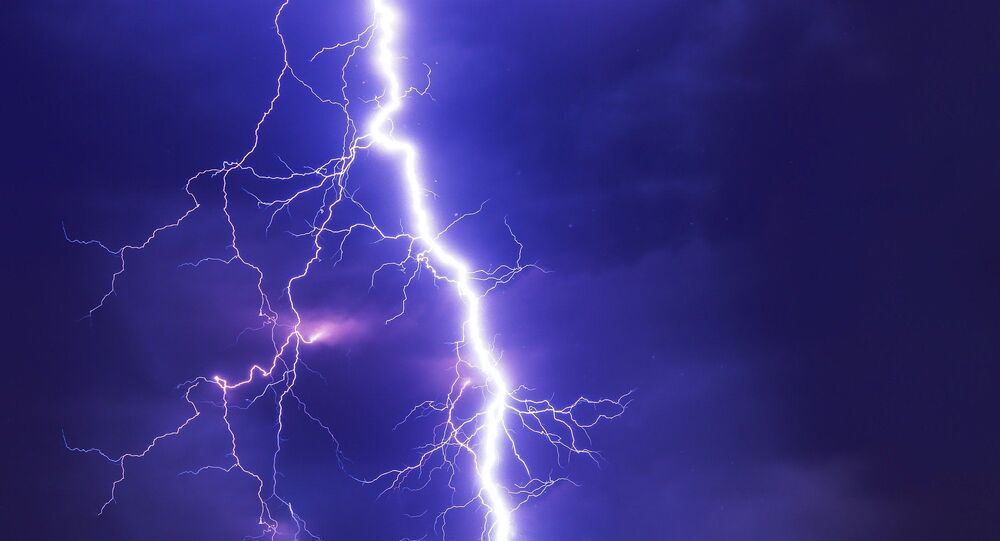 Monsoon, which marks the start of a three-month rainy season, has arrived in India through the southern coast in line with typical patterns. The season is dominated by the humid southwest summer monsoon, which slowly sweeps across the country beginning in late May or early June.

At least 11 people have died and several others were left injured due to lightning in India's Rajasthan state, a major tourist destination of the country known for its historical forts and deserts.

The incident took place as some people were taking selfies amid rain, police officials said on Monday.

Speaking to Sputnik, Jaipur Police Commissioner Anand Srivastava stated that the incident took place in front of the 12th century Amer Palace at the watchtower, located near Jaipur city, on Sunday evening.

“Twenty-seven people were present at the site where the incident occurred. We have got confirmation about the death of 11 people from hospital authorities while another 12-15 persons are injured. Most of them sustained injuries as they jumped off the tower in panic," Srivastava said.

He further mentioned that the number is likely to go up as there are a few critical cases as well.

Rajasthan State Chief Ashok Gehlot has announced compensation of INR 500,000 ($6,710) for the families of those killed.

Meanwhile, apart from the incident at Amer Palace, nine more lightning casualties were reported from across the state. Seven of them were children, officials said, while adding that several animals, including goats and cows, were also killed by lightning.

Prime Minister Narendra Modi has expressed his deepest condolences over the deaths.

​According to the India Meteorological Department (IMD), the monsoon has reached Rajasthan seven to eight days ahead of schedule this year. However, the monsoon’s presence has been rather dull in many parts of the country so far.

"Most parts of northern India were expected to experience rains post 10 July. However, monsoon has reached Rajasthan early,” a senior IMD scientist said.

“We have issued alerts across several states including Rajasthan. Many incidents of lightning would be witnessed in the coming days," he added.
Meanwhile, 41 people have died in 11 districts of Uttar Pradesh state, after being struck by lightning, thunder and rain.

Taking cognizance of the incidents, state Chief Yogi Adityanath expressed his grief and directed the district administrations to provide adequate compensation to the tragedy-struck families.