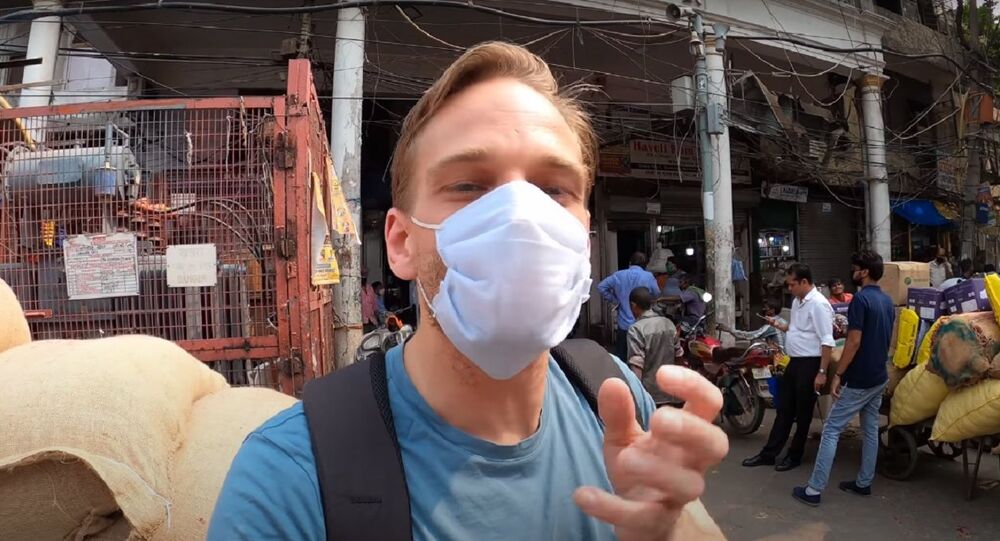 New Zealand travel blogger Karl Edward Rice, popularly known as Karl Rock, describes himself as a “Hindi-speaking expatriate” who left his career and life behind in his home country to “take viewers behind the scenes of incredible India”. He claims to have visited every state/province in India, Bangladesh and Pakistan.

A popular New Zealand travel blogger with nearly 1.8 million subscribers on Youtube has been barred from entering India after being found in violation of his tourist visa terms.

When contacted on Saturday, an official from India’s Ministry of Home Affairs (MHA) told Sputnik: “Karl Edward Rice has been barred from entering India till next year. He was found doing business activity on a tourist visa and also violating certain visa norms."

The blogger, who goes by the name Karl Rock, tweeted out an appeal to New Zealand Prime Minister Jacinda Ardern on Friday, pointing out that the Indian government was “separating” him from his wife by not allowing him entry into the South Asian nation.

According to his bio on his Youtube channel, Rice is married to Manisha Malik from India’s Haryana state and the couple had been living in New Delhi since they tied the knot.

Dear @jacindaardern, the Govt. of India has blocked me from entering India separating me from my wife & family in Delhi. They blacklisted me without telling me, giving reasons, or letting me reply. Please watch my struggle https://t.co/dq0Z98SCFw @NZinIndia @MukteshPardeshi pic.twitter.com/sLM2nk9lR3

​The blogger has also floated an online petition on Change.Org in a bid to solicit support from the public to help him get off India’s travel “blacklist”. The petition had garnered more than 83,000 signatures as of 4:30 AM GMT.

“I left India to go travel to Dubai and Pakistan in October 2020 and upon leaving they cancelled my visa at the airport. They wouldn't tell me why,” Rice claims in his petition.

“So in Dubai I applied for a new visa. They called me in for a meeting and told me I had been blacklisted and therefore they couldn't issue me a visa to go home,” states the blogger.

Since being barred from entering the country, Rice has also uploaded a video claiming that he'd never “disrespected” India culture and customs, even when prodded to do so by people during his trip in Pakistan, as he reiterated his appeal for being let into the country.