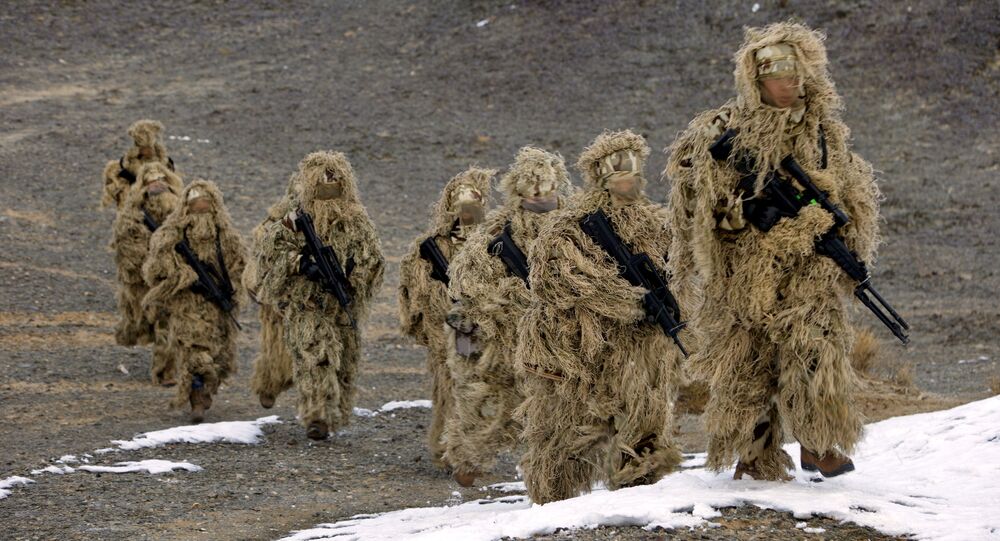 The world’s largest genome research organisation, Shenzhen-headquartered BGI Group, jointly developed prenatal tests with the PLA and then sold them to millions of women living in nearly 52 nations across the world. It's alleged that the prenatal tests have been used to “collect genetic data for a sweeping research” on population traits.

UK-based Reuters agency reported on 7 July that BGI Group has published studies on interactions between genes and drugs to protect "Han" soldiers stationed at high-altitude regions from "brain surgeries". These studies “refer to soldiers stationed in Tibet and Xinjiang, high plateau regions which border India’s Ladakh, where fighting broke out last June," as per the news agency.

“Ever since the Galwan clash and build-up of eyeball-to-eyeball contact along the Line of Actual Control the Chinese military machinery has been in a state of frenzy. There is a growing sense of realization that it is ill-prepared to meet the Indian challenge in conventional operations at high altitude,” Colonel (retired) Jaibans Singh tells Sputnik.

Singh, who has served at the China border during his tenure, adds that the PLA has always been “uncomfortable” with the idea of high-altitude warfare, as most of Chinese population is concentrated along the country’s eastern seaboard.

“Long presence in such high altitude is not something that the Chinese troops can sustain, hence the need to build upon their physical capacity. I believe all such biological experiments are directed toward that desired end state,” explains the Indian defence veteran.

Twenty Indian soldiers and 4 PLA troops were killed when both armies clashed at the Galwan Valley, one of the friction points at the 3488-km Line of Actual Control- a loosely demarcated border between India and China. Indian Army and the PLA have been embroiled in more than an year-old military standoff in the eastern Ladakh region.

In a bid to end the standoff, India and China have so far held 11 rounds of military commander-level talks, during which they decided to mutually disengage troops from forward positions.

However, the PLA is yet to remove troops from Gogra Post, Hot Springs, and Depsang, the other points of contention in the ongoing dispute, even as both the armies have mobilized hundreds of thousands of soldiers and advanced military equipment at the border.

The US government advisors reportedly red-flagged the research in March this year, with the US National Security Commission on Artificial Intelligence (NSCAI) warning that the study could pose as a national security threat to Washington as it could give Beijing a “strategic edge” over other nations.

​More than 8 million women are said to have taken the prenatal test till now. The BGI Group has reportedly claimed that it has the “location data” of only the women in China. The company has also denied sharing the data with the Chinese government, though it has admitted that such data could be supplied to the authorities if requested on grounds of national security.

The study on improving the high-altitude effectiveness of Han Chinese troops is among a dozen of studies published by the company in collaboration with the PLA.

The Chinese foreign ministry has rejected the allegations leveled in the Reuters news article.

Sullivan: China to Face 'International Isolation' if It Does Not 'Cooperate' on COVID Origin Probe