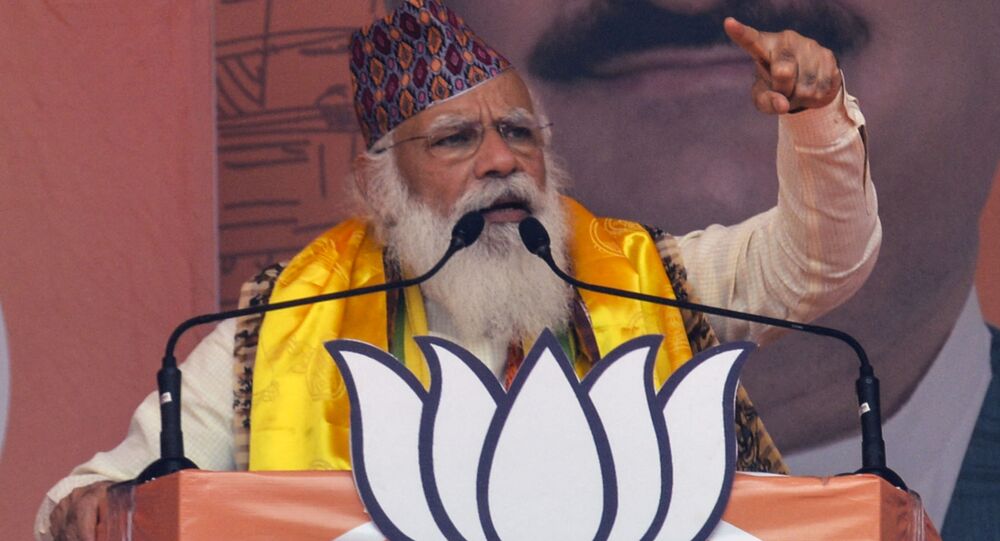 The BJP enjoys a comfortable majority in the northern part of West Bengal after winning 25 of the 42 seats in six districts in the recent assembly elections. In the Jangalmahal region, the BJP managed to sweep Purulia, Midnapore, Bishnupur, and Jhargram during the 2019 general elections.

A month after the Bharatiya Janata Party suffered a massive defeat in state elections, on Wednesday it decided to include four West Bengal lawmakers in the Narendra Modi Cabinet, indicating that the state remains a major political project for the Hindu nationalist party in the years to come.

The four lawmakers include John Barla, Nisith Pramanik, Santanu Thakur, and Subhas Sarkar. The lawmaker from Alipurduar district, John Barla, was the first person to make a demand for a separate union territory carved out of West Bengal. However, the selective promotion of a few leaders has widened the rift between the BJP leaders in West Bengal.

One BJP leader from the Asansol district, Diptangshu Chaudhury, criticised Barla's elevation and wrote on Twitter, "Is the ministry a reward for demanding a partition of Bengal?"

​Taking to Twitter, another prominent leader, Babul Supriyo, who was dropped from the Cabinet on Wednesday, in a sarcastic message wrote, "Yes, I have resigned from the Council Of Ministers (As I had framed it earlier, 'Asked to resign' may not be the right way to put it)".

Making a jab at Supriyo, the BJP's Bengal chief, Dilip Ghosh, told reporters, "of all the 12 ministers who resigned, only he [Babul Supriyo] made such [a] remark, indicating his displeasure with the decision of the BJP leadership".

​Lawmaker and BJP state youth wing chief Saumitra Khan earlier camped out for a few days in Delhi to secure a Cabinet position, but failed. On Wednesday, when the reshuffle was announced, he tendered his resignation from his party post, citing a tiff with one of the BJP's strongest state leaders, Suvendu Adhikari. Later, he withdrew his resignation letter after the BJP's top boss and federal Home Minister Amit Shah promised to look into the issue.

​"We are doing all the groundwork, building the party's base but those who make outlandish statements are getting top positions. How is this fair? But can we do anything about it? We respect Narendra Modi and Amit Shah for their position and that's why we go around publicly rallying like others. We are happy with working for the common people in the state", a top BJP leader told Sputnik.

Turncoat BJP figure Rajib Banerjee, hitting out at Suvendu Adhikari, warned against attacking state chief Mamata Banerjee. "I will urge the opposition leader. Do not direct your attack towards the state chief who has the mandate of the people to rule the state", wrote Rajib Banerjee.

Sources confirmed to Sputnik that Rajib Banerjee and other turncoats are trying to return to Mamata Banerjee's Trinamool Congress (TMC). However, so far only legislator Mukul Roy has been re-inducted into the TMC.

After fighting in a tough election, BJP could only secure victory in 77 seats in West Bengal. TMC head Mamata Banerjee was sworn in as state chief for the third time after winning a landslide 213 of 292 assembly seats.