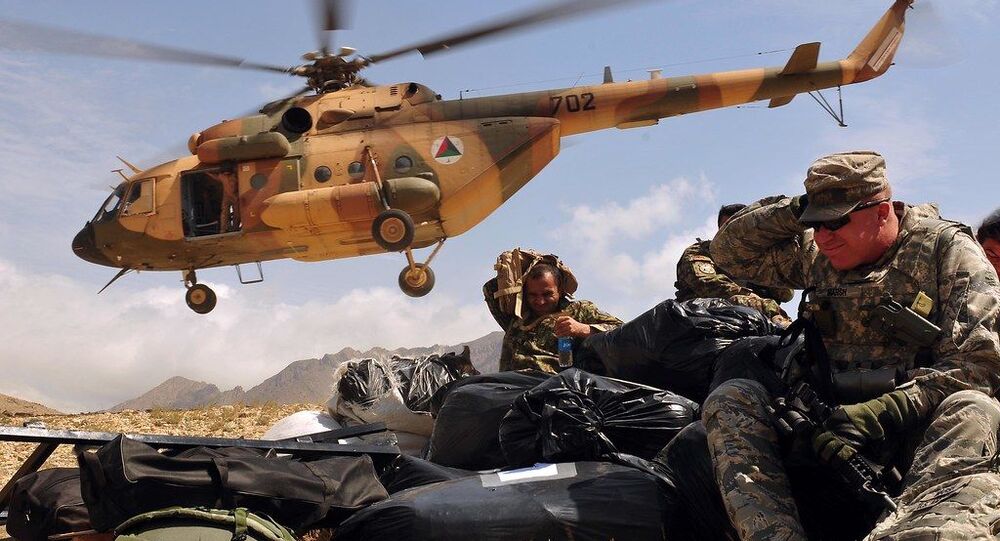 In November 2018, India sent a delegation comprising two former diplomats to Russia to attend the “Moscow-format” talks themed around the security situation in Afghanistan. Representatives of 12 countries attended the talks, which also marked the first time that Indian government representatives sat at a table with the Taliban*.

Indian Foreign Minister Subramaniam Jaishankar on Wednesday embarked on a two-day visit to Russia, with the security situation in Afghanistan set to be one of the priorities during his bilateral consultations in Moscow, as per officials.

An Indian Foreign Ministry statement said on Tuesday evening that Jaishankar would be holding talks with his Russian counterpart Sergei Lavrov, Deputy Prime Minister Yuri Borisov, and Chairman of the State Duma Committee on International Affairs Leonid Slutsky during his Moscow trip.

“Discussions are expected to cover the entire range of bilateral issues, including cooperation in the fight against the Covid-19 pandemic as well as exchange of views on various regional and international issues”, the Indian statement said.

​Meanwhile, Jaishankar made a stopover in Tehran on Wednesday, en route to Moscow.

Incidentally, Jaishankar's Iran visit came on the same day as Tehran hosted a high-level Taliban delegation for talks with representatives of the Afghan government.

The Intra-Afghan Dialogue Summit, hosted by the Islamic Republic of Iran and attended by the representatives of the #Kabul government and the high political delegation of Taliban, was opened on Wednesday morning with a speech by Iranian Foreign Minister Mohammad Javad Zarif. pic.twitter.com/aWsUnqzoIp

The development comes at a time when the Islamist insurgent group is continuing its assault on Afghan government positions, even as Kabul assures that government forces will “retake” their positions.

Since 1 May, Taliban fighters have taken over more than 26 percent of Afghanistan’s districts. On Wednesday, the group claimed that its fighters now control a strategic district located at the tri-border of Tajikistan, China, and Pakistan in the Badashkhan province.

Concerned over the escalating violence in Afghanistan, regional powers have been closely observing the developments. Tajikistan has mobilised nearly 20,000 troops at the Afghanistan border.

The Indian Embassy in Kabul said on Tuesday that it was “closely” monitoring the situation in districts where the Taliban has reportedly overpowered Afghan forces.

Regional Powers Must Have a ‘Joint Strategy’ on Afghanistan, Says Analyst

Observers say that at present, Iran and Russia, being regional powers, hold considerable sway over the Taliban.

“Countries such as Russia, Iran, and China have all wanted some sort of a unity government in Kabul, with a possible power-sharing arrangement between the Taliban and the Kabul administration. However, it has been hard to convince the Taliban to agree to those terms till now”, veteran Indian strategic analyst Qamar Agha tells Sputnik.

“The problem with the Taliban is that they are zealots”, says Agha.

He further reckons that the security situation in Afghanistan will be more of a concern for neighbouring nations than for the US.

“The US has virtually abandoned the democratically elected government of Afghanistan now. All their actions are helping the Taliban. That’s why there is a need for joint strategy among regional countries such as Iran, Russia, China and India”, he suggests.

The security situation in Afghanistan has regularly featured in bilateral consultations between Delhi and Moscow since the peace deal between the Taliban and the United States was sealed in Doha in February last year.

“The Taliban movement is part of the Afghan society and a decision on the settlement should foresee the participation of all political and ethnic religious groups of Afghanistan. Otherwise it is not going to be stable”, Russian Foreign Minister Sergei Lavrov said during his visit to India in April this year.

India, however, denies having held any bilateral talks with the Taliban, with the Foreign Ministry only saying that Delhi is in touch with "various stakeholders" in Afghanistan.