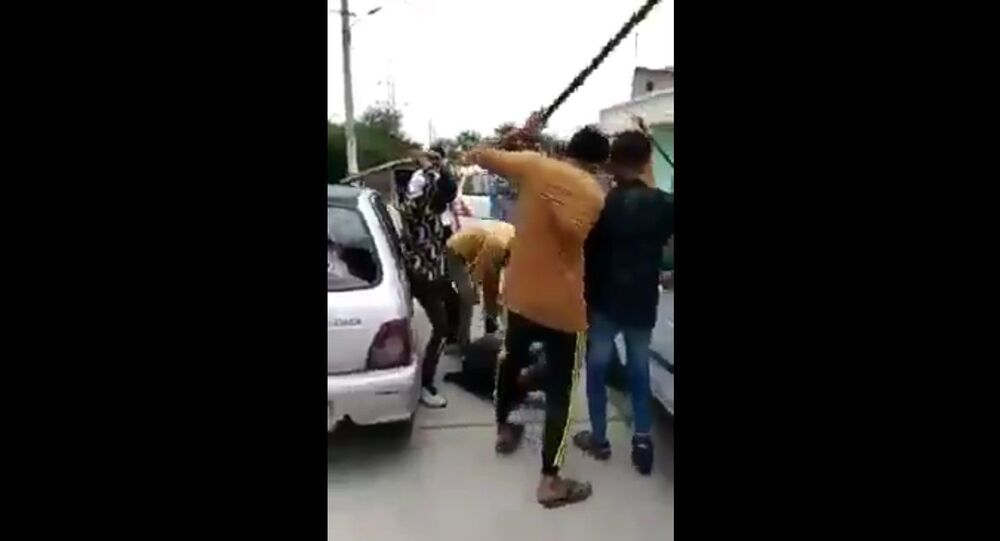 A group of six young Muslim men were arrested in the Jhalawar region of Rajasthan on Wednesday for mercilessly beating a Dalit man named Krishna Valmiki to death.

Talking to Sputnik, an official from the office of Jhalawar's superintendent of police, Dr Kiran Kang Sidhu, confirmed that the incident involved members of the Muslim and Dalit communities.

Jitendra Singh, senior inspector with the Rajasthan Police, also told Sputnik that the incident was part of a "gang war" in the area.

"Previously, the same men had beaten up Valmiki's brother also. But that fellow had not died. The accused were booked under Section 307 of the Indian Penal Code -- attempt to murder. This incident is a follow-up of an internal gang war in the region", Singh said, without revealing more details about the case.

Sharing a video clip of the violent incident, Bharadwaj said that the deceased had been kicked, punched, pushed, and shoved on the road by Sagar Qureshi, Raees, Imran, Akhtar Ali, and Ishu Qureshi, and another in the Jhalawar region.

In the video, the perpetrators can be heard using Hindi expletives while hitting the fallen man with batons.

Initially, the victim can be seen curling his body and attempting to scream. However, after a while his body becomes still.