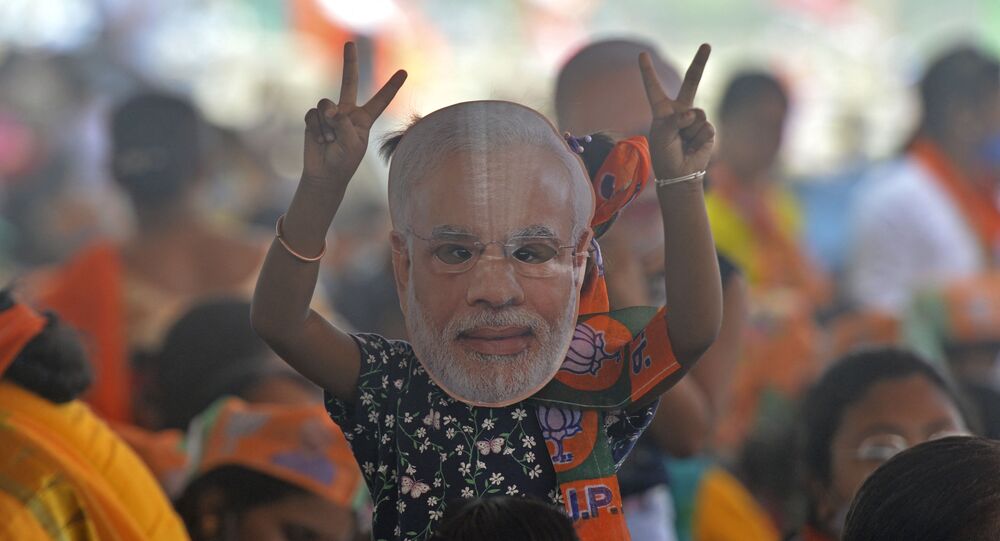 Uttar Pradesh, India's most populous state with over 222 million people, sends the largest number of MPs - 80 - to India's parliament. As state assembly elections are less than eight months away and the governing BJP is seeking to retain power, opposition parties are leaving no stone unturned in their bid to dethrone the Yogi Adityanath government.

Uttar Pradesh's governing Bharatiya Janata Party (BJP) and the main opposition Samajwadi Party have engaged in a poster war, targeting each other in the launch of intense political campaigns for next year's assembly elections. The BJP state unit on Tuesday put up posters saying "2022 Mein Khela Na Hoye" (No Game in 2022).

​The elections for the 403 assembly seats in Uttar Pradesh are scheduled for early 2022, along with four other Indian states - Uttarakhand, Punjab, Goa, and Manipur.

The BJP's poster was put up in response to the Samajwadi Party erecting banners across the state with the tagline "2022 Mein Khela Hoi" ("Game On in 2022") in the state.

People have appreciated 'Khela Hobe', so we will have 'Khela Hobe Diwas': West Bengal CM Mamata Banerjee in the Assembly (file pic) pic.twitter.com/ih5eIGEIKo

Prime Minister Narendra Modi and Mamata Banerjee both used the term to challenge each other in their political rallies.

With growing popularity among the masses, many companies are now using Khela Hobe (Game On) as their tagline to increase the sale of their products in West Bengal.

These are some Packets of potato chips in Bengal. And the word written in its surface is #khelahobe pic.twitter.com/TN9iJ32RVu