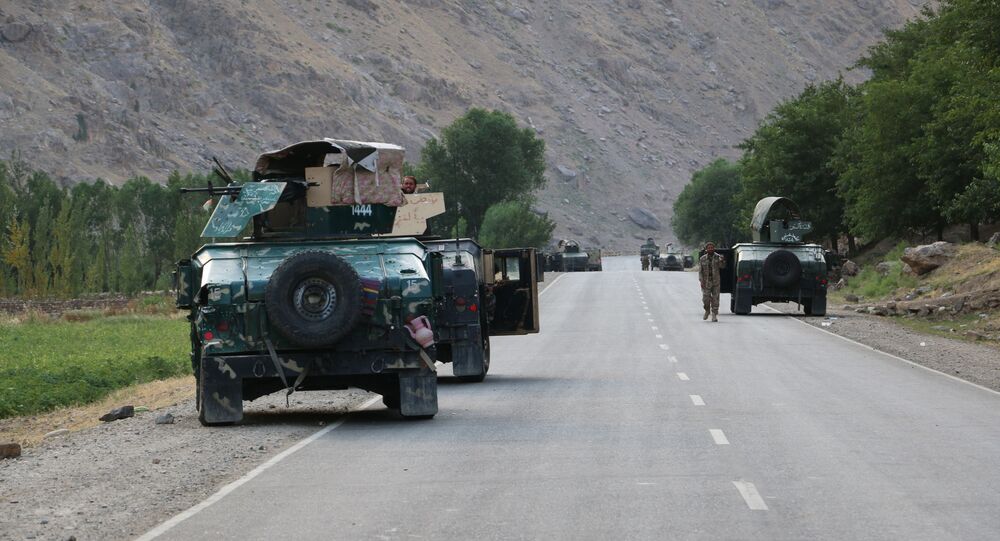 Concerns over the security of Indians in Afghanistan have increased as US and allied troops withdraw from Afghanistan in the lead-up to the 11 September deadline proposed by President Joe Biden in April this year. At present, Taliban fighters are involved in intense fighting with Afghan National Security Forces (ANSF) across the country.

India on Tuesday rejected news reports that it was closing down its embassy and consulates in Afghanistan, even as New Delhi said that it was “closely monitoring” the evolving security situation around Kandahar and Mazar-i-Sharif.

Untill last year, India had two more consulates in Afghanistan, one in Herat near the Iran border and another one in Jalalabad near Pakistan’s restive Khyber Pakhtunkhwa province. Overall, it had four consulates and an embassy in Kabul.

New Delhi, however, closed down the ones in Herat and Jalalabad, citing the deteriorating COVID situation in Herat and increased security threats in Jalalabad.​

Earlier in the day, a social media account popular in Indian national security circles claimed that India was flying back its citizens and officials from Afghanistan.

INPUT: India to Likely Bring Back it's Nationals and Officials from Afghanistan as Security Situation Deteriorates

​The clarification by the Indian Embassy in Kabul comes days after Delhi issued a 13-point advisory to its citizens traveling and working in the insurgency-ravaged South Asian nation.

The Indian advisory on 29 June warned Indian citizens against undertaking any “non-essential travel” in Afghanistan, also cautioning that they remained at risk of being kidnapped by militants in the country.

“Any essential movement may please be kept as discrete as possible.  Movements generally should not have a predictable pattern and timing and routes taken should be changed to maintain an element of surprise. It is advisable to be in a high state of alertness during essential movements,” it stated.

The official advisory also called upon Indian companies in Afghanistan to “take up necessary security measures” to protect their employees working across different locations in the country.

“Our development partnership, including more than 550 Community Development projects covering all 34 provinces, is aimed at making Afghanistan a self-sustaining nation,” stated Indian foreign minister Subramaniam Jaishankar, giving an overview of New Delhi’s involvement in the country.

Speaking at the United Nations Security Council (UNSC) debate on Afghanistan on 22 June, Jaishankar called for an “immediate reduction” in violence in the country, as he noted that the withdrawal of the American-led coalition forces from Afghanistan was leading to a rise in militant attacks against civilians.

On its part, New Delhi has repeatedly backed the idea of an “inclusive, Afghan-led, Afghan-owned and Afghan-controlled peace process” in the country, also backing intra-Afghan negotiations between the Taliban and the Afghan government.

However, India has so far denied reports that it is directly talking to the Taliban, despite a Qatari diplomat last month claiming that Indian officials were “quietly” paying visits to Doha to engage with the Taliban leadership based in the Qatari capital.

Sources in the Indian foreign ministry last week also rejected rumours of a meeting between Taliban officials and Jaishankar during the latter's recent visits to Doha. The claim was aired by a Pakistan-based journalist.

New Delhi, however, claims that it is in touch with “various stakeholders” in Afghanistan in the ongoing peace process.