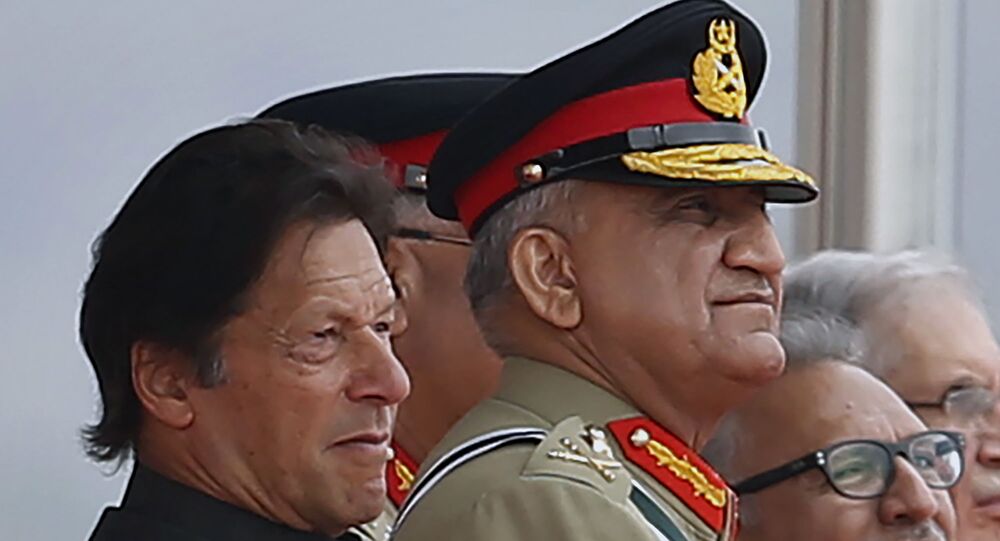 Reports in the regional media suggested that the 23 June blast site is close to the residence of terror group Lashkar-e-Taiba's chief Hafiz Saeed. He was sentenced in November to 10 years in jail after being found guilty on two charges of financing terrorism. Pakistan's president has accused India of spreading terrorism after the blast.

Pakistani President Arif Alvi has accused India of using Afghan soil to cause terrorism in his country by providing training and funding to militants, media reports have said. On Tuesday, he also alleged that India carried out the 23 June blast in Lahore.

While talking to the visiting Commander of Turkish Land Forces General Umit Dundar, Alvi on Monday expressed concerns about the involvement of India in terrorist activities in the country by using Afghanistan as a base.

His statement came a day after the Pakistani prime ministers remarks about India on Sunday.

"This coordination led to identifying the terrorists & their international linkages. Again, planning & financing of this heinous terror attack has links to Indian sponsorship of terrorism against Pak. The global community must mobilise int institutions against this rogue behaviour", Prime Minister Imran Khan had tweeted.

​Pakistani National Security Adviser Moeed Yusuf made similar allegations, claiming that an investigation had revealed that the explosion was organised by an Indian intelligence operative.

At least three people were killed and 23 injured in the blast in the Pakistani city of Lahore.

At first, the explosion was suspected to have occurred due to a gas pipeline blast in one of the houses in the Johar neighbourhood.

Speaking to the media, however, witnesses revealed that a random motorbike was parked in the area that later exploded.