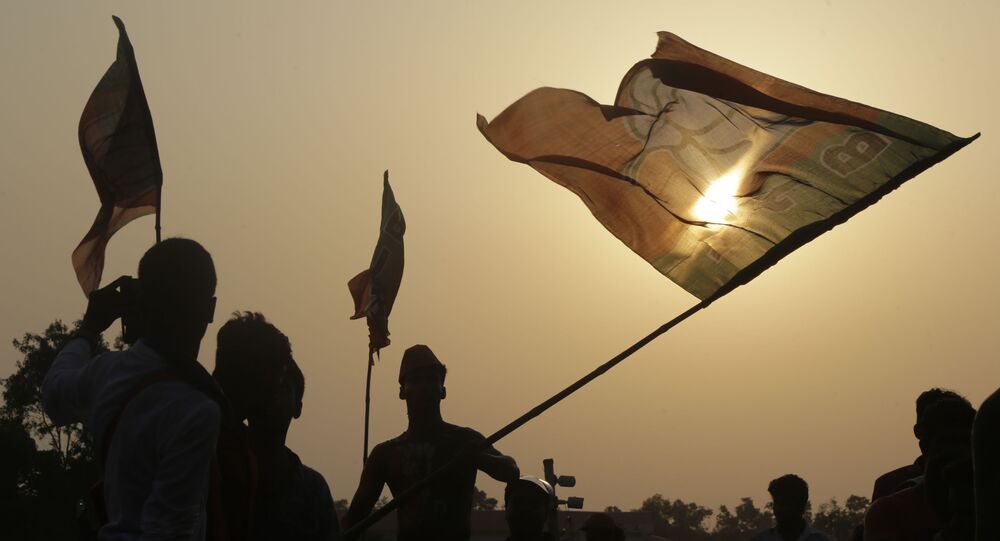 'BJP Running the Nation for Power': Ex-Indian State Chief Says Days After Being Released From Jail

One of the most popular leaders from the Indian state of Bihar Lalu Prasad Yadav made his first public address almost three-and-a-half years after being incarcerated. He had been in prison since December 2017 after being convicted in multiple cases related to a fodder scam that was exposed in 1996.

"Now, there is the threat of destroying the social fabric. After Ayodhya, some people are talking about Mathura. Do they want the nation to be destroyed?", Yadav stated on Monday evening.

The popular politician was referring to legal proceedings at a court in Mathura in the state of Uttar Pradesh, where Hindu groups have sought the removal of the Shahi Eidgah (royal mosque) adjacent to the Hindu Sri Krishna Temple complex and transfer of the 13.37 acres of land to the temple deity - Sri Krishna Virajman.

Yadav also spoke about unemployment gripping the country and hit out at the federal BJP government for this, noting: "Millions of people are being reduced to becoming migrant labourers because of a lack of employment".

The 75-year-old leader, who had been unwell in jail, is now recovering at his parliamentarian daughter Misa Bharti's home in Delhi.

Reacting to Lalu's latest statements about the federal government, spokesperson Abhishek Jha from Bihar's ruling party Janata Dal-United (JDU) on Tuesday said: "Lalu has been convicted in [a] fodder scam and is presently out on bail. Whether he remains in or outside jail does not make any difference as he has become irrelevant in Bihar politics".