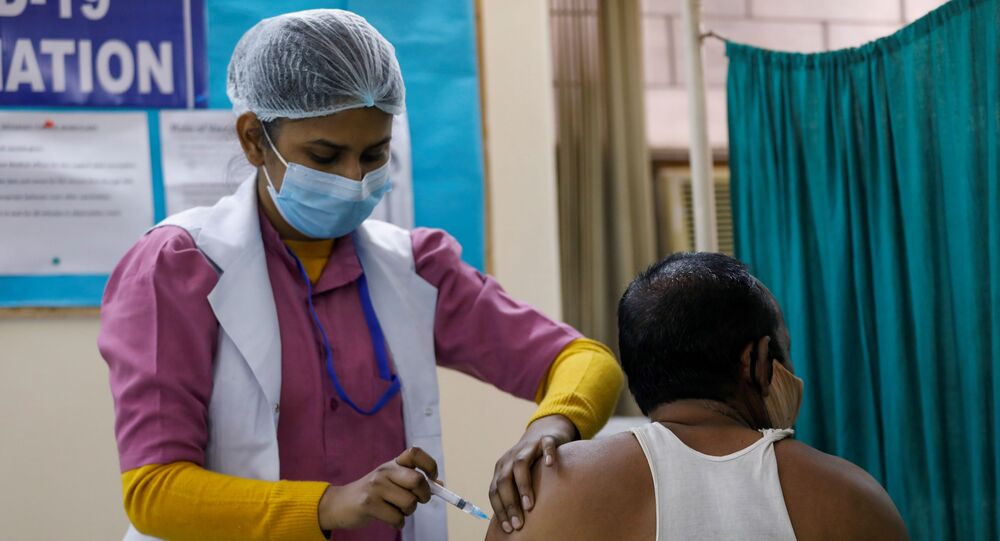 Between April and early June, India was hit by a second wave of COVID-19, which infected millions and killed tens of thousands across the country. Daily infections have gradually decreased since peaking in May, allowing authorities to ramp up their vaccination programme as the country recovers.

Thousands of Indian citizens were given fake vaccines against the novel coronavirus at scam inoculation centres, and the authorities are investigating the matter, CNN reported on Monday.

Authorities began their investigation when some of the scam victims became suspicious of the vaccination certificates they received. The fake vaccination centres were active in late May and early June, according to the report.

One of the fake vaccine hubs, according to a resident quoted in the report, took place at a housing society where residents had to pay cash and no one had any side effects afterward.

Vishal Thakur, a senior official with the Mumbai Police Department, reportedly told the outlet that 12 scam vaccination sites had been set up across the city, with the phony physicians injecting their victims with saline water. Thakur claimed that an estimated 2,500 people had received bogus vaccine doses, with the organisers earning $28,000 in fees.

"We have arrested doctors", he is quoted in the report as saying. "They were using a hospital which was producing the fake certificates, vials, syringes".

The law enforcement official reportedly added that a total of 14 people have been arrested so far, and the police expect that number to grow as the investigation continues.

Last month, Indian Prime Minister Narendra Modi launched a centralised vaccine programme in which the government supplies individuals with free immunisations. According to figures from Johns Hopkins University, more than 62 million people have been fully vaccinated, accounting for around 4.5% of the country's population.

In late June, the country's Bombay High Court issued a filing regarding a claim from one of the victims confirming the identities of at least 2,000 scam victims. The claims are "really shocking", according to the filing, which also urged state and local authorities to act to protect innocent individuals.