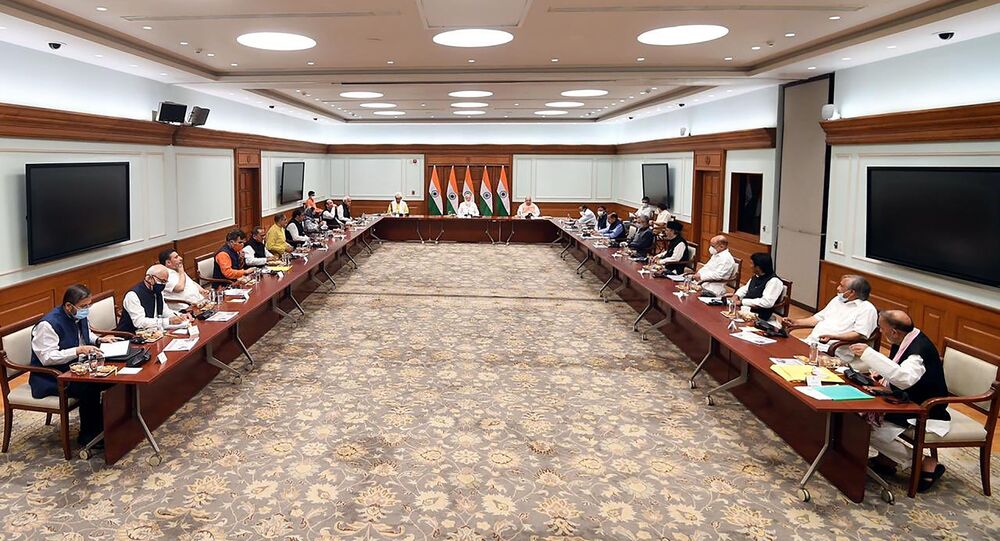 An alliance of five mainstream political parties – PAGD – in India's Jammu and Kashmir has been maintaining since 2019 that the special status of the state be restored. In June, the group met with Prime Minister Modi in Delhi and discussed the prevailing situation in the Union Territory.

Several mainstream Kashmiri parties have expressed disappointment over the outcome of a recent meeting with Prime Minister Narendra Modi, demanding that elections in the Union Territory should only be held after the restoration of Jammu and Kashmir's statehood.

The group - the People's Alliance of Gupkar Declaration (PAGD) - also said that there is a lack of substantial confidence-building measures like the release of political and other prisoners.

Such confidence-building measures (CBMs) would have reached out to the people of Jammu and Kashmir who are the biggest victims of the problem, the alliance stated on Monday.

Breaking:
Gupkar alliance members including NC, PDP and others have expressed “disappointment” on the outcome of All party meeting with PM in Delhi. Say no confidence building measures like release of political prisoners have been taken.Demand restoring statehood before elections

This came as an official statement was issued by the alliance spokesperson and Communist Party of India (Marxist) leader M. Y. Tarigami on Monday, a day after an internal meeting of the alliance's members on Sunday. The participants held discussions over their recent visit to Delhi and meeting with Prime Minister Modi.

The People's Alliance of Gupkar Declaration (PAGD) reiterated its stance "to fight together to reverse the unconstitutional and unacceptable changes foisted on the people of Jammu and Kashmir on 5 August 2019 using all constitutional, legal, and political means at its disposal".

The meeting with Prime Minister Modi on 24 June was the first such encounter between the federal government and the political leadership from Kashmir since 5 August 2019, when the Indian Parliament revoked the special status of Jammu and Kashmir and bifurcated the state into two Union Territories – Jammu and Kashmir and Ladakh.

The PM had recently urged all of Jammu and Kashmir's parties to get on board with a delimitation exercise, the process of carving out parliamentary and assembly seats, to enable elections in the Union Territory.