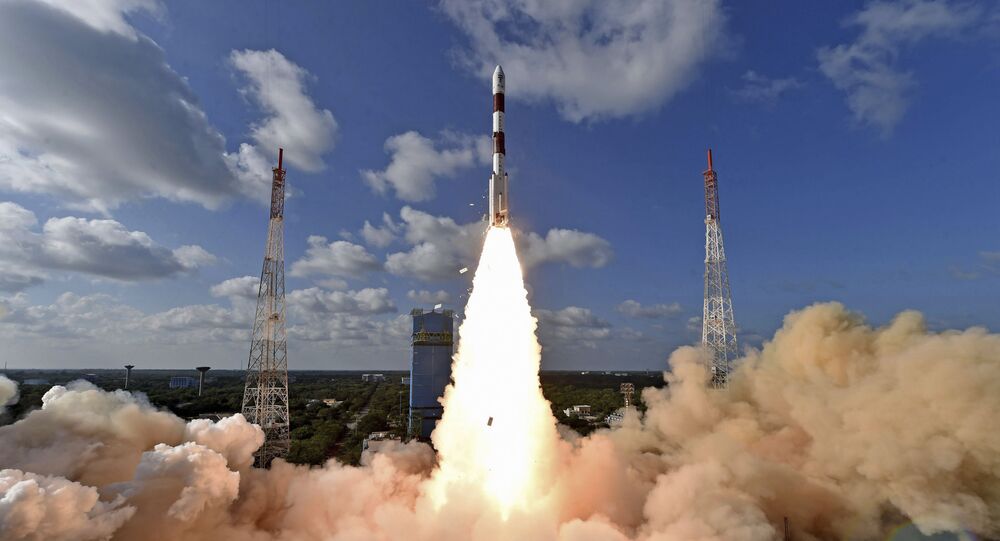 The 34-year-old Indian-American astronaut Sirisha Bandla will soon become the second India-born woman to fly to space after Kalpana Chawla and the fourth Indian to fly into space, after Chawla, Rakesh Sharma and Sunita Williams.

Indian-American astronaut Sirisha Bandla will fly to space from New Mexico on July 11 along with the six-member crew of the VSS Unity -- Virgin Galactic’s suborbital rocket-powered plane.

Sharing the video of the crew members, Bandla tweeted, "I am so incredibly honoured to be a part of the amazing crew of #Unity22, and to be a part of a company whose mission is to make space available to all. (sic)"

During the space flight, Bandla's role will be to evaluate research experience.

​Bandla told Space.com last month that the Virgin Galactic flight will last anywhere between approximately 60 and 75 minutes and will take off and land back at Virgin Galactic's Spaceport America in New Mexico.

Overwhelmed with all the messages she has been getting on social media from her friends and netizens, Bandla shared that she is slowly working her way through them.

Sirisha Bandla daughter of Dr. Muralidhar Bandla and Anuradha Bandla is going into space on July11th, 9 am.

We are all proud of you, Sirisha!
⁦@SirishaBandla⁩
“Astronaut 004”

Congratulations! We are all really proud of you !💐💐💐 pic.twitter.com/L615JQD3lV

As per the report, Bandla is vice-president of the government affairs and research operations wing of Virgin Galactic as well as its sister concern, Virgin Orbit.

Born in India’s Andhra Pradesh state's Guntur district, Bandla immigrated to the US when she was five. Her father, Dr. Bandla Muralidhar, is a scientist and a member of the Senior Executive Services of the United States government.

She grew up in Houston, Texas; she studied aeronautical engineering at Purdue University and also obtained an MBA from George Washington University.

In 2015, she joined Virgin Galactic as a member of government affairs and research operations and was later promoted as vice-president.

“I have always seen her zeal to achieve something big and finally, she is going to fulfil her dream. I am sure she will succeed in this mission and make the whole country proud,” Bandla's grandfather Bandla Ragaiah, an agricultural scientist from Janapdu village in Guntur district, told the English daily The New Indian Express.

Virgin Galactic is an American private space agency that will launch its spacecraft ‘Unity 22’ next weekend as part of the test flight. Four mission scientists, including the founder of Virgin Galactic Richard Branson, will evaluate the experience of the Virgin Galactic Astronaut. Branson will be accompanied by Sirisha, Beth Moses, and Colin Bennett.