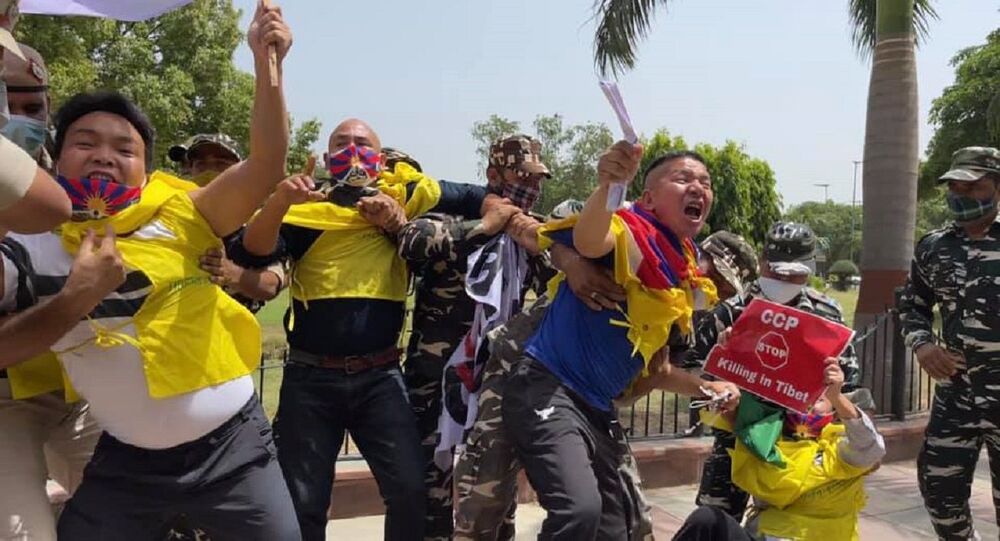 Since 1959, when the Tibetan spiritual leader Dalai Lama fled to India after a failed uprising against Chinese rule, the Tibetan population in India has grown to an estimated 100,000. Tibetans living in several parts of India continue to protest against China, which claims sovereignty over the Tibet region.

On Thursday a group of Tibetan Youth Congress members protested outside China's Embassy in New Delhi's diplomatic area of Chanakyapuri.

Delhi Police barricaded the area and deployed heavy security outside and around the Chinese Embassy. Officers confirmed four protestors have been detained, adding that they will be released by the evening.

The Chinese Communist Party (CCP) on Thursday is celebrating its 100th anniversary.

"As China marks the 100th founding anniversary of its communist party, Tibetan youth Congress condemn and criticise the existence of CCP," the Tibetan Youth Congress said in a statement.

"The painful memories of annexation and occupation of Tibet and killings of more than a million courageous countrymen continue to stay in us, and we will strengthen the freedom movement to fulfil our aspirations. The very existence of CCP is not a threat to the survival of Tibetan culture and identity, but it poses a grave security threat to the rest of the world," it added.

Hundreds of Tibetan refugees, led by the current Dalai Lama, fled to India after Beijing quashed an uprising against Communist Party rule in the region in 1959. The Tibetan refugees established Dharamshala, a hill town in India's Himachal Pradesh state, as the seat of their government in exile.

Since then, Tibetans in exile have been protesting against China "to free Tibet."