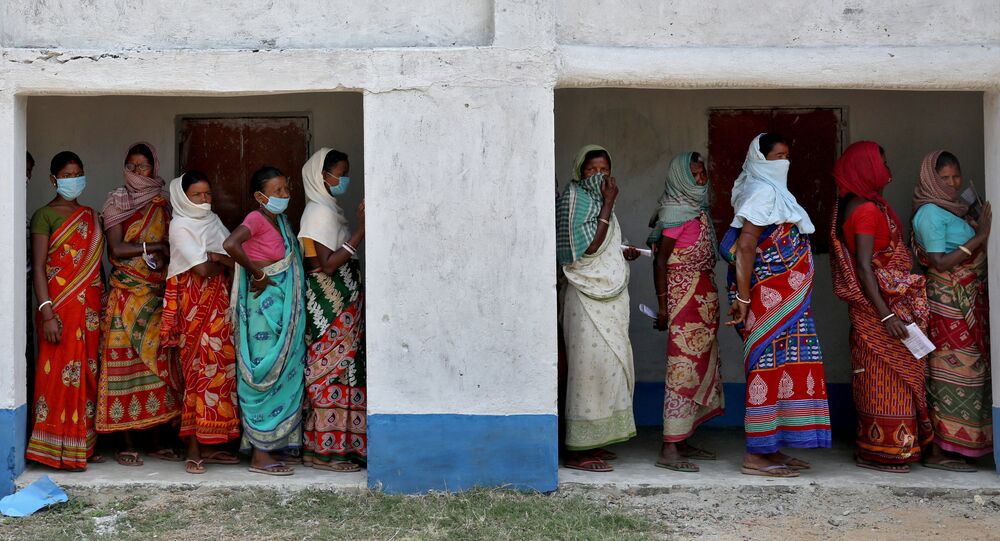 West Bengal witnessed one of the most polarised assembly elections this year in which the Bharatiya Janata Party (BJP) and the All India Trinamool Congress (TMC) fought tooth and nail to secure victory. Yet, TMC head Mamata Banerjee was sworn in as state chief for the third time after winning a landslide, carrying 213 of 292 assembly seats.

A fact-finding team named "Call for Justice" headed by former Chief Justice of the Sikkim High Court Permod Kohli has stated that after the results of West Bengal elections were declared on 2 May, the state witnessed 15,000 incidents of violence. At least 7,000 women were also molested during the post-poll violence in the state, the probe team found.

"This is a clear indication that most of the incidents are not sporadic but premeditated, organised, and conspiratorial", the report stated. They submitted their report to the federal government.

On 2 May, workers from the All India Trinamool Congress (TMC) allegedly attacked Bharatiya Janata Party (BJP) activists across the state while celebrating their victory. In retaliation, BJP workers too attacked TMC supporters.

West Bengal has seen multiple instances of election violence over the years, but this year has been one of the bloodiest. The death toll has been put at 25, with 15 deaths from the BJP, 8 from the TMC, and 2 from the Left coalition. Cooch Behar, Burdwan, Kolkata, and North Dinajpur were among the most affected districts.

The violence continued unabated despite the deployment of a huge number of central security forces. Several Hindu organisations claimed the violence even led to a mass exodus of people to the neighbouring state of Assam.

"It has been over two months, but the violence has not stopped in Cooch Behar. You'll still find sporadic incidents of violence in several places. Houses and shops of BJP supporters are still routinely destroyed by TMC goons. When women try to stop attacks on their male family members, they get attacked and molested. Women can't even speak up fearing for their family's life. BJP supporters are asked to pay INR 50,000 ($670) to open shops. People who had run away are too scared to return", national Vice President of the BJP's women's wing Madhabi Rava told Sputnik.

On Tuesday, the federal government's team from the National Human Rights Commission (NHRC) was allegedly attacked in West Bengal's Jadavpur when they went to investigate the incidents of post-poll violence. In a setback for state chief Mamata Banerjee, a five-judge bench of the Calcutta High Court had directed the chairperson of NHRC to constitute a committee to examine all cases of alleged human rights violations and incidents of violence.

The TMC government has maintained that the violence was orchestrated by the BJP to hinder the TMC from governing the state properly. Rebutting the allegations, a TMC leader told Sputnik, "The violence was never one-sided. The party can't control the actions of every worker. Millions of people associate themselves with the party. But look at the infighting in the BJP. They just want to hide that by saying TMC attacked them".

After the polls, a large chunk of BJP workers formed a beeline to join the ruling TMC party.