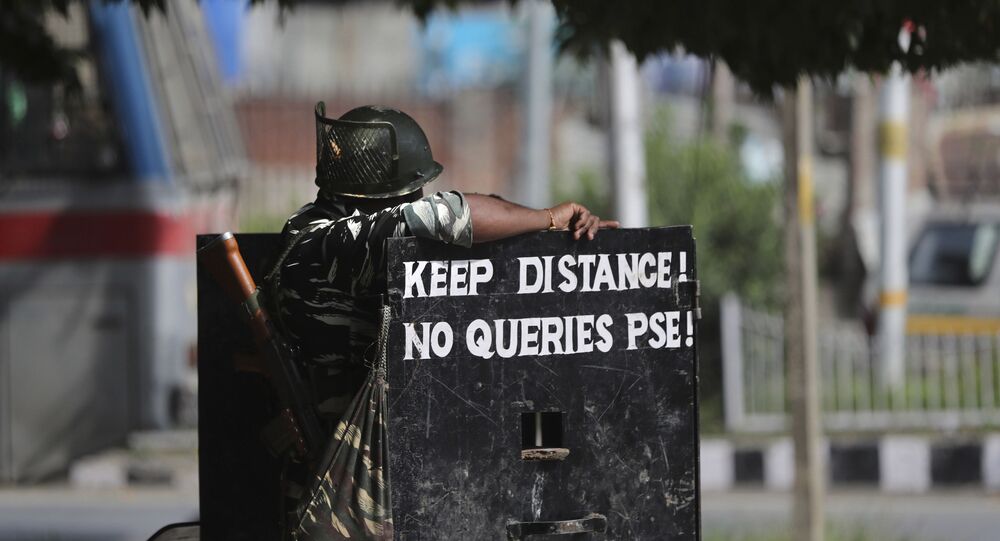 The killing of the two terror suspects in the volatile Kashmir region comes against the backdrop of the first-ever drone attack on an Indian Air Force (IAF) base in the region, close to the Pakistani border. Several other drones have since been spotted in Jammu and Kashmir's airspace, prompting Indian intelligence agencies to be on high alert.

​Kashmir Zone Police said that Bhat was arrested by the police on Monday evening. While he was leading the security forces to his hideout nearby, his Pakistani accomplice opened fire on the group from inside the house.

Three Indian paramilitary personnel from the Central Reserve Police Force (CRPF) were injured during the ensuing encounter, which ended on Tuesday morning.

The gun battle comes just a day after the killing of Special Police Officer (SPO) Fayaz Ahmed, his wife, and daughter in the Pulwama district of Kashmir. The police officer and his family were riddled with bullets by militants who stormed into their home in the central Kashmir district on 27 June.

Police said that Bhat was also involved in the attack on a CPRF convoy in Lawaypora in March, in which three Indian paramilitary personnel were killed.

The encounter comes hot on the heels of another in Kashmir's Shopian district, in which another LeT commander was shot dead by Indian forces.

The signing of a ceasefire between the Indian and Pakistani militaries at the Line of Control (LOC) in February has been accompanied by a spike in gun fights between Kashmir-based militants and Indian troopers.