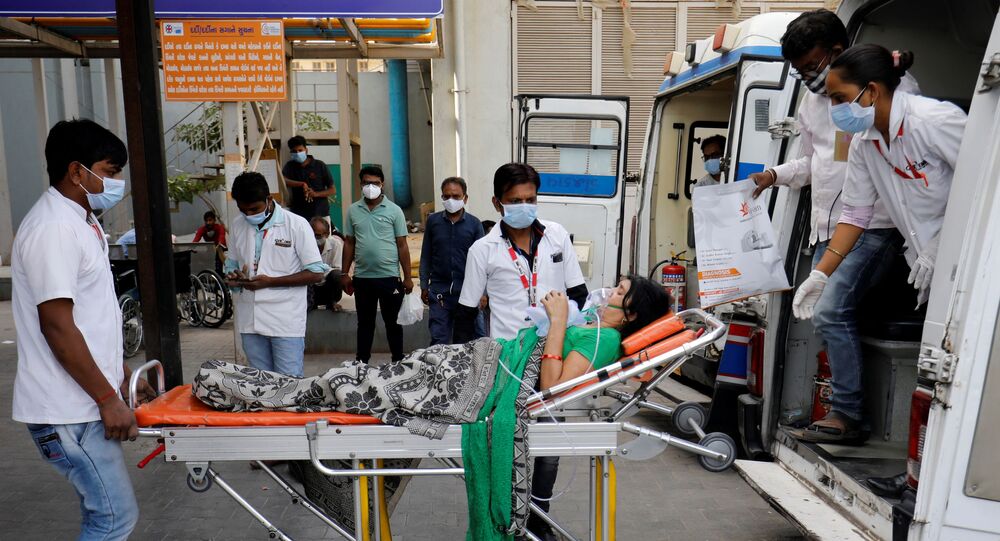 Over 40,000 Cases of Black Mold Infection Detected in India

NEW DELHI (Sputnik) - Indian doctors have reported 40,800 cases of the black mold infection, which has killed over 3,000 people, according to Harsh Vardhan, the country's Health Minister, on Monday.

"The mortality rate from fungal infections was 3,129 people out of a total of 40,845 cases reported. Out of them, 31,344 had nose, paranasal sinuses and parts of the brain affected," Vardhan said at a briefing.

At the same time, 32% of those patients with the fungus infection were between 18 and 45 years old, 42% belonged to the age group between 45 and 60 years old, and 24% to the 60+ category. The health minister noted that 64% of the patients had diabetes, and 53% had been taking steroids.

The majority of the cases were detected in the states of Maharashtra, Kerala, Tamil Nadu, West Bengal and Odisha, which have all also report a steep increase in COVID-19 infections.

Mucormycosis, or black mold, is a fungal infection that strikes the sinuses, brain and lungs, and is said to have a 50% mortality rate. People with diabetes or a reduced immunity after fighting another disease, including COVID-19, are particularly exposed to mucormycosis.