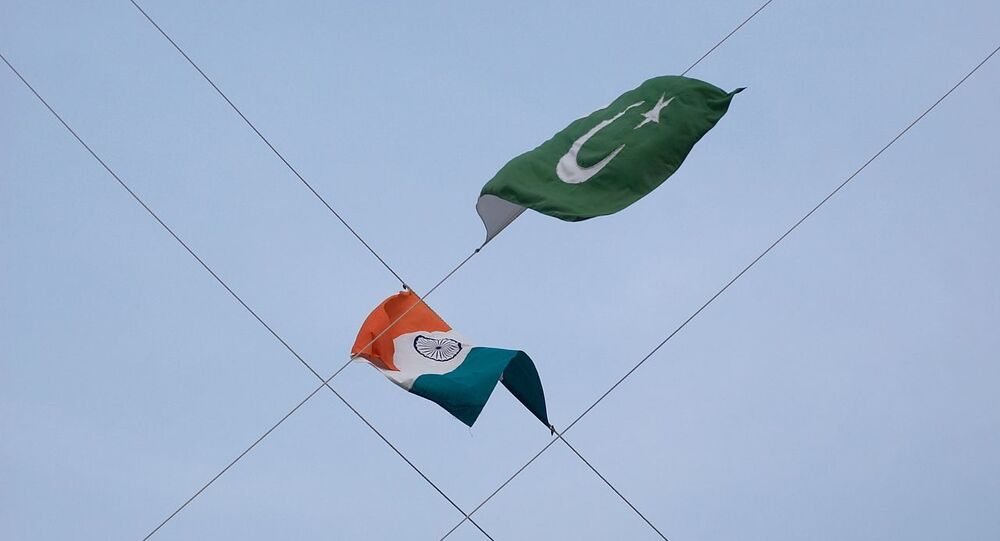 Two drones were used to carry out an attack on an Indian Air Force station in Jammu on the morning of 27 June. One caused minor damage to the roof of a building while another bomb exploded in an open area, sources revealed to Sputnik on Sunday. The attack targeted the Air Traffic Control (ATC) building and parked Mi-17 helicopters.

Initial investigations into drone explosions have revealed the involvement of Pakistan-based terror outfit Lashkar-e-Taiba (LeT), according to the Indian media. The attack near the Indian Air Force station in Jammu is being linked to the recovery of six kilograms of lED from an LeT operative who along with two others have been detained for questioning, as per sources, the Hindustan Times reported on Monday.

After dropping the explosives, the drones are believed to have flown back across the border to Pakistan, the Indian security forces and the area police have told the media as they continue investigating the suspected terror attack.

© AFP 2021 / Tauseef MUSTAFA
Major Indian Airbase Near Pakistan Border Hit by Drone Strike
"The two IEDs weighing around five to six kilograms with RDX as the main explosive charge were dropped at a distance of 50 yards from each other. One charge was some 40 yards from the ATC, while the other was around the same distance from the parked helicopter. The drop was made through a latitude-longitude device and that they missed the targets could be due to faulty execution or high wind factor", the report quoted a senior security official as saying.

Indian Defence Minister Rajnath Singh tweeted on Monday, saying the Indian Army has the ability to give a befitting reply to every challenge.

"Efforts should be made to find a solution through dialogue with the neighboring countries. The intention should be clear. We neither want to show eyes to anyone, nor is it acceptable to show anyone's eyes. Our army has the capability to give a befitting reply to every challenge", Singh said.

Visuals purportedly depicting the site of the incident show the damage to property following the twin-drone attack.

​The region of Jammu and Kashmir has remained a bone of contention between India and Pakistan since 1947. It also continues to bema hotspot for terror activities.