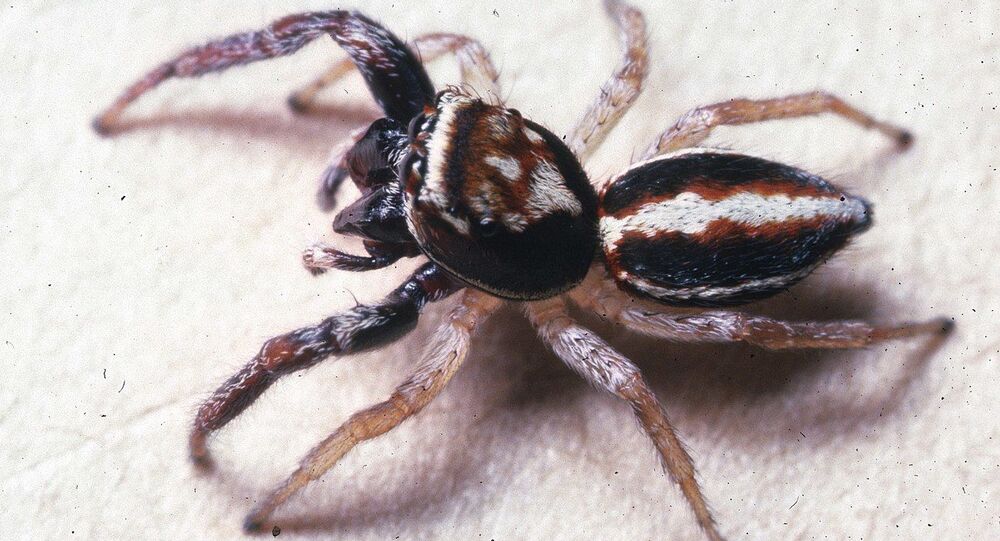 Assistant Sub-Inspector Tukaram Omble is memorialised by a bronze statue at Chowpatty, a popular beach in Mumbai, as a tribute to his bravery. Former Mumbai Police Commissioner Rakesh Maria in his memoirs also mentioned that Omble's heroic feat of capturing Pakistani militant Ajmal Kasab alive was key to foiling the terrorists' plans.

A new species of spider, Icius Tukarami, is being named after Mumbai Police Assistant Sub-Inspector Tukaram Omble, who was killed in the 26/11 terror attack. Tukaram was responsible for the capture of terrorist Ajmal Kasab.

Naturalist Dhruv Prajapati took to Twitter and shared pictures of the new jumping spider species in the Indian state of Maharashtra.

"The specific epithet is dedicated to a hero of the 26/11 Mumbai terror attack, ASI Tukaram Omble AC, who took 23 bullets and captured the terrorist of the attack", the research paper states.

​On the night of 26 November 2008, Tukaram stood in front of terrorist Kasab and took multiple bullets at point-blank range to protect the other police officers present at the spot. To acknowledge his bravery, the Indian government posthumously conferred upon him the country's highest peacetime gallantry award Ashoka Chakra.

Ten terrorists from the Pakistan-based Lashkar-e-Taiba (LeT) militant organisation carried out 12 coordinated shooting and bombing attacks across Mumbai in the state of Maharashtra on 26 November 2008 and it lasted three days.

This was the first time that terrorists from across the border had entered India and succeeded to hold Mumbai, popularly viewed as the nation's financial capital, hostage for 72 hours.

At least 166 people, and nine terrorists, were killed and over 300 others were injured in the attacks. The main target of the terrorists included the Taj Mahal Palace Hotel, Oberoi Trident, Nariman House, and the Chhatrapati Shivaji Terminus.

The National Security Guard (NSG) launched "Operation Black Tornado" on 29 November and took out the remaining terrorists from the Taj Hotel, putting an end to the attacks.

Ajmal Kasab, the only surviving terrorist was nabbed and he was eventually hanged in November 2012 after his mercy plea to the president of India was rejected.

After the pictures of the new species were shared online, social media users were elated. Here are some of the reactions:

Salute Tukaram Omble sir, your supreme sacrifice shall never be forgotten. 🇮🇳🇮🇳🇮🇳🇮🇳🇮🇳
Dhruv @Dhruv_spidy continuous to inspire with his research in the field and naming the species after inspirational Indians.
Proud of you buddy. 🇮🇳🇮🇳🇮🇳🇮🇳 https://t.co/typXAyj9ha

So much nature yet to explore & a good way to pay respect to martyr. A new species of jumping spider is documented Icius tukarami from Maharashtra. Named after the martyr Tukaram by researchers. @Dhruv_spidy pic.twitter.com/VQEbB9xbyE