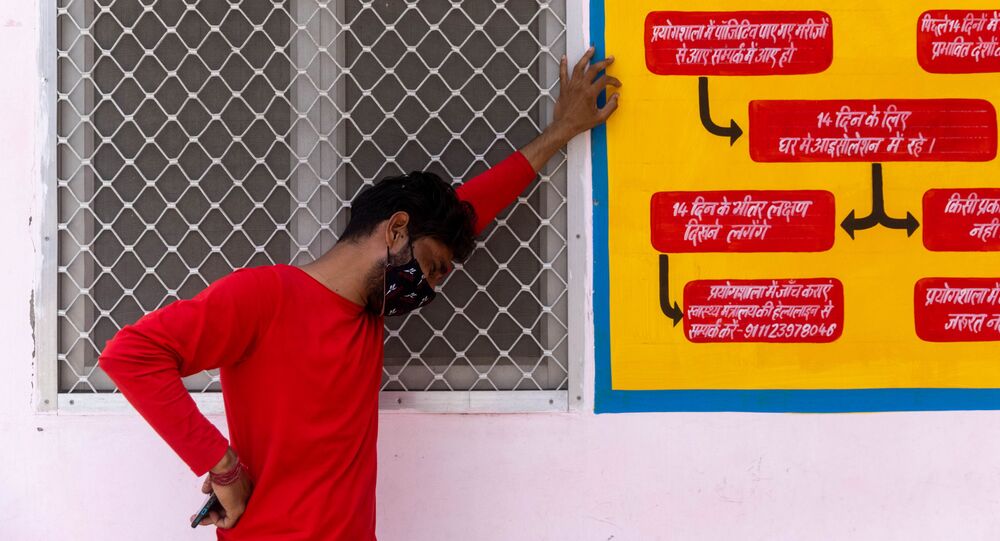 In 2019, Mayawati's party, the BSP, formed an alliance with the rival Samajwadi Party (SP), but it didn't translate into the expected success in the months after. The SP was earlier allied with the Congress Party in 2017, but this led to defeat, prompting SP chief Akhilesh Yadav to say that the people of Uttar Pradesh state had "rejected" Congress.

Mayawati, a former chief of India's Uttar Pradesh state, on Sunday declared that her Bahujan Samaj Party (BSP) will go solo in the Uttar Pradesh and Uttarakhand state polls, set to be held early next year.

Mayawati took to Twitter to emphasise that her party had only announced a political tie-up with Shiromani Akali Dal (SAD) for the Punjab polls, also to be held next year.

The two parties have also finalised a seat-sharing agreement in the 117-member assembly in Punjab state, according to which the BSP will contest polls for 20 seats and the Sukhbir Singh Badal-led SAD will fight for 97 seats.

"There is news that has been run on a media news channel since yesterday that the AIMIM and BSP will fight the upcoming assembly elections in UP together. This news is completely false, misleading, and baseless. There is not even an iota of truth to this and the BSP vehemently denies it. In this regard, it is again clarified that except Punjab, the BSP will not contest the UP and Uttarakhand state polls early next year in alliance with any part, meaning it will go it alone", Mayawati tweeted in Hindi.

​Earlier this week, former state chief and Samajwadi Party head Akhilesh Yadav told media that he was disappointed with the failed tie-ups with Mayawati's BSP and Congress and hence decided that his party would join forces with likeminded smaller parties.

He also said that Congress is "too weak" in Uttar Pradesh to beat the governing Bhartiya Janata Party (BJP).

© Photo : Ajay Kumar Lallu/twitter
Uttar Pradesh Congress President: BJP Government In State Has Failed Miserably On All Fronts
According to media reports, the BJP has started prepping with review meetings and key appointments ahead of the big election. One of Prime Minister Narendra Modi's close aides and former bureaucrat A.K. Sharma has been made the BJP's vice president in Uttar Pradesh.

On Friday, state BJP President Swatantra Dev Singh informed the media that the next Uttar Pradesh assembly elections will be contested under the leadership of current state chief Yogi Adityanath. His comment came days after deputy state chief Keshav Prasad Maurya said the party's national leadership would decide under whom the upcoming elections will be fought.