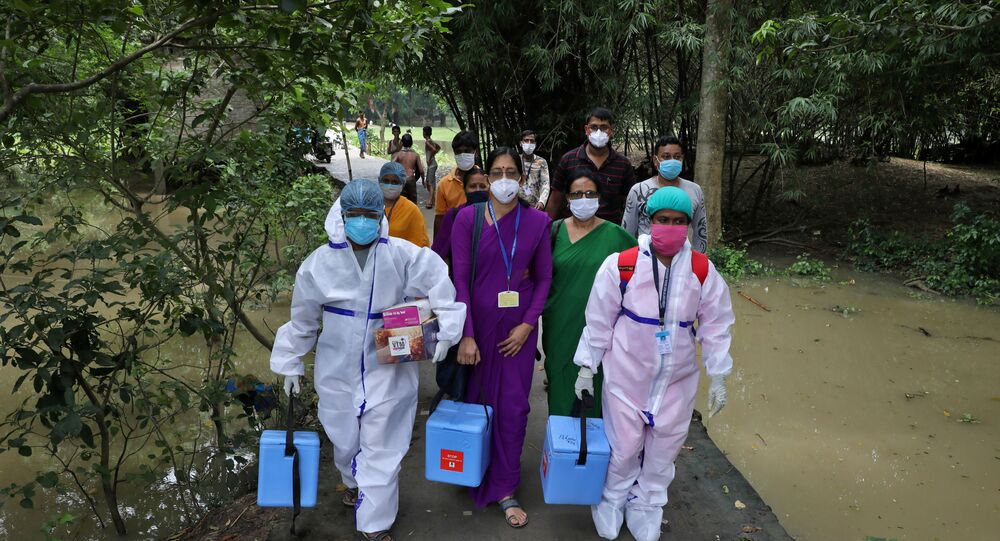 With Coronavirus vaccination programmes well underway, several nations around the world have started testing the efficacy of mixed COVID-19 vaccines. India too is looking at the possibility of immunising its population of nearly 1.4 billion using a 'mix and match' approach to different vaccines.

Mixing Coronavirus vaccines could result in better immunity or more antibodies. In medical science, the mixing of vaccines is called "heterologous" immunisation.

It is a "definite possibility", India's top doctor and the chief of the prestigious All India Institute of Medical Sciences (AIIMS), Randeep Guleria told local media on Saturday.

Some countries, including Britain and Spain, have already started mix-immunisation in emergencies, with initial trial reports suggesting that mixing vaccines is not just safe, but could be more effective against the virus.

In the United Kingdom, the volunteers were given a first dose of the AstraZeneca vaccine, known as Covishield in India, followed by a shot of the Pfizer vaccine (not available in India).

The results revealed that the participants had mild side-effects, which were short-lived in comparison with the participants who were given the same vaccine twice. However, the efficacy data is yet to be released.

Meanwhile, a study in Spain found the mix and match combination of vaccines to be quite safe and effective.

"This is something that has been looked at in the past - giving one vaccine as the priming shot and another as the booster. Some data suggests mixing vaccines leads to slightly higher side effects, but other data suggests it may lead to better immunity and antibody protection," Guleria said.

"One needs more data... a large number of vaccines will be available in the future... you will have Pfizer, Moderna, Sputnik V and Zydus Cadila. Therefore, which combination is better is something we don't know at this time... but yes, initial studies suggest it may be an option," he explained.

The Indian government is currently conducting trials over the issue of mixing vaccines and the results will be out in the next few months.

All the Coronavirus vaccines that have been approved around the world are two-dose vaccines, except US drugmaker Johnson & Johnson's vaccine Janssen, which requires only one shot to be administered.

According to medical experts, the first dose of the vaccine helps the immune system in the recognition of COVID-19, while the second shot boosts the recognition and the subsequent response to the virus.

Samiran Panda, a member of India's COVID Task Force, agreed with Guleria's assessment that more studies are required to come to a certain conclusion over the mixing of vaccines.

He told Sputnik on Saturday, "As India's twin vaccines, Covishield and Covaxin are inactivated vaccines; I don't expect a major problem if the government gives a go ahead to mix-vaccination including these two vaccines."

"But we need more data because mixed vaccinations have resulted in major side effects in participants in foreign countries. So, I would suggest that such a vaccination programme shouldn't be launched in India right now because it could lead to more vaccine hesitancy."

Meanwhile, as of Saturday, the COVID death toll in the country has reached 394,524.