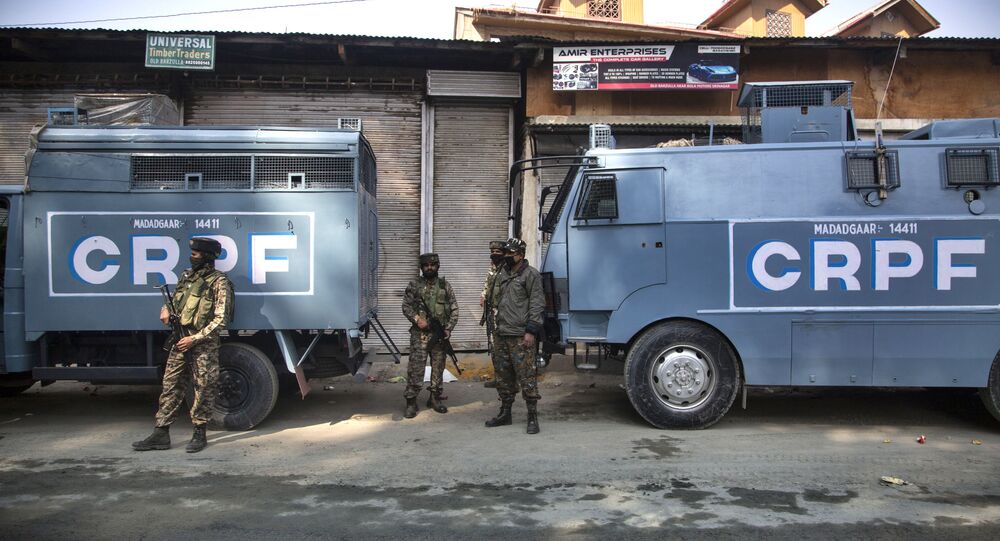 While Indian Prime Minister Narendra Modi described his government's decision to scrap the statehood and semi-autonomous status of Jammu and Kashmir (J&K) as one of its biggest achievements, the move was widely slammed by Kashmiri political parties, including the National Conference (NC) and Peoples Democratic Party (PDP).

On Friday, Former State Chief Omar Abdullah said that it would be foolish to demand the restoration of Article 370, a constitutional provision which provided a special status to Jammu and Kashmir.

In a landmark decision on 5 August 2019, PM Modi's government scrapped Articles 370 and 35A of the Indian Constitution. Article 370 afforded a semi-autonomous status to Jammu and Kashmir. The administration of parts of the Kashmir region is disputed between India and Pakistan.

"It took the BJP 70 years to fulfil its political agenda for (Article) 370. Our struggle has just started. We don’t want to fool people by telling them we will get 370 back in these talks. It will be foolish to expect 370 will be back — there has been no indication it will be restored by the current government," Abdullah told local media on Friday.

Abdullah's statement is significant as it came a day after PM Modi chaired a meeting of fourteen Jammu and Kashmir leaders, including four former State Chiefs in the national capital, Delhi. The former state chiefs who attended the meeting were Farooq Abdullah, Ghulam Nabi Azad, Omar Abdullah and Mehbooba Mufti.

Even though Abdullah believes that the restoration of Article 370 is not in the cards, he called the meeting a "beginning".

"It is a first step, and it will be a long road to rebuilding trust and confidence," he added.

According to Abdullah, PM Modi himself talked about polls in Kashmir because he wants to restore an elected government in J&K.

"He said he was very keen to have a meeting after the elections to the District Development Councils. He made it a point to mention that this was the largest physical meeting he has had after the onset of Covid last year," Abdullah said.

It was the first such meeting between the Modi-led federal government and political parties of Jammu and Kashmir since the state was divided into two union territories in August 2019.

The federal government's move to initiate the electoral process in J&K has been welcomed by political parties in Kashmir.