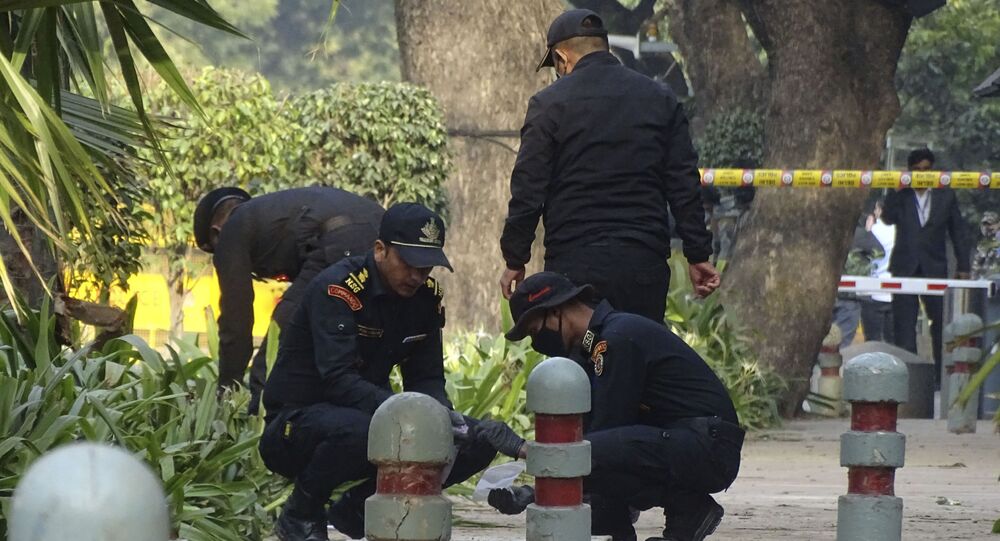 The Israeli ambassador to India – Ron Malka – suggested that the blast outside the Israeli Embassy could be a terror attack and called for full cooperation between New Delhi and Tel Aviv to investigate.

In a joint operation with the central intelligence agency and Kargil Police, the Delhi Police's Special Cell has detained four students from Kargil in the Indian state of Ladakh in connection with conspiracy to plan and carry out terrorist activities in Delhi in late January.

“The accused were identified as Nazir Hussain, Zulfikar Ali Wazir, Aiaz Hussain, and Muzammil Hussain. All are residents of Thang Village, district Kargil, Ladakh. They have been taken on remand and brought to Delhi for questioning,” a Delhi police spokesperson said on Thursday.

On 29 January, there was a small explosion near the Israeli embassy in Delhi – no one was injured. Police said the blast happened near the pavement in a high-security zone and that the windscreens of three cars were damaged. The four men were then arrested in connection with the incident.

“The arrest was made under a separate First Information Report (F.I.R). Their phones were switched off at the same time on the day of the blast,” the police added.

At the time, police sources said ammonium nitrate was used for the explosion and added the blast may have been part of a "bigger conspiracy."

CCTV footage revealed that a taxi dropped off two people near the embassy – the Delhi Police Special Cell contacted the cab driver and enquired about his passengers.

Almost five months after the blast, the NIA has released CCTV footage of two suspects near the embassy, with a reward of $13,488 offered for any information that leads to an arrest.