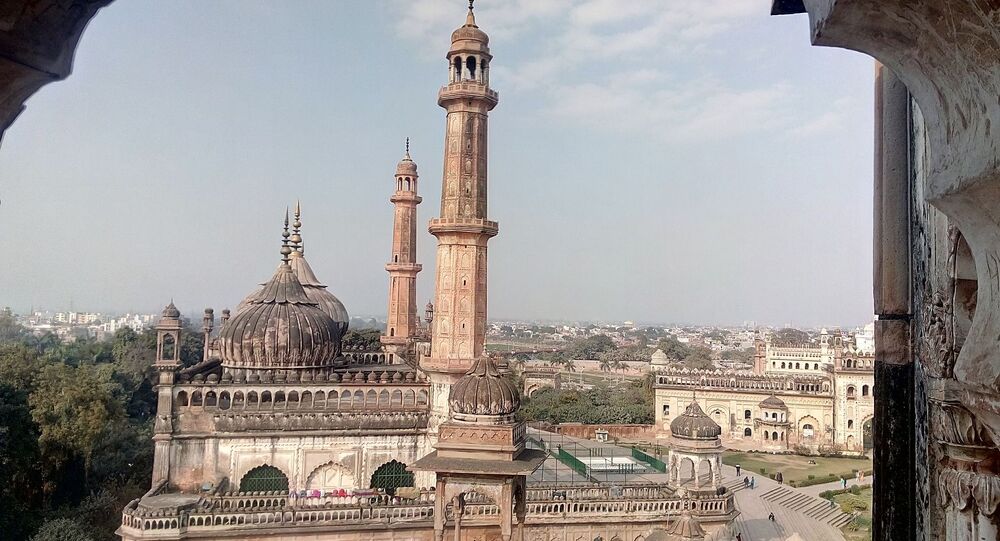 While controlling the COVID-19 situation in the state, the Bharatiya Janata Party (BJP) has also started preparations for the forthcoming Uttar Pradesh state elections in 2022.

As BJP workers have been told by the party to spread awareness among voters about the ruling government’s welfare schemes, a popular actor-turned BJP politician, Ravi Kishan, is optimistic that his party will comfortably return to power in Uttar Pradesh state which is about to hold elections.

Before becoming a parliamentarian on the BJP ticket in 2019, Ravi Kishan, who was born in Jaunpur district of Uttar Pradesh, was a member of India’s main opposition Congress party from 2014 to 2017. He is also active in Bhojpuri cinema, South Indian cinema and Bollywood.

Most recently, he has campaigned against profanities in regional Bhojpuri cinema and he claims to have been threatened for speaking about Bollywood’s alleged drug use.

In an interview with Sputnik, Ravi Kishan talked about the forthcoming state elections in Uttar Pradesh and various other issues. Here are some excerpts:

Sputnik: Opposition parties have criticised the BJP over an alleged land purchase scam related to Ram Temple in Ayodhya city of Uttar Pradesh. Do you think the timing is convenient?

Ravi Kishan: Of course, the opposition parties are using this now to defame the BJP. The Ram temple is a symbol of faith to Hindus across the world. People who never believed in the existence of Lord Rama and who never supported the cause of the Ram temple have no right to raise questions.

They should desist from dragging Lord Rama into politics.

Ravi Kishan: It wouldn’t be right to say that election candidates don’t have party affiliations in the Panchayat elections. A lot of independent candidates who won are already with the BJP.

As far as the 2022 state elections are concerned, there will hardly be any challenge for the BJP in Uttar Pradesh. People will vote for us based on the work done by Prime Minister Narendra Modi and Uttar Pradesh state chief Yogi Adityanath. We will win more than 300 seats in the state.

Sputnik: Opposition parties have been slamming the federal government for not handling the COVID-19 well. What’s your response?

Ravi Kishan: It is important to understand that when millions of people fall ill at the same time, it is difficult for any government to manage it. But still, our government controlled the situation within 15 days.

Several oxygen plants were established in a number of states, oxygen express trains were put into use for seamless supply of oxygen, medicines, etc which had been procured from foreign countries. The Prime Minister himself took stock of everything at the national level, state chief Yogi Adityanath was monitoring the efforts at state level - the entire federal cabinet and state cabinet were working round the clock.

Learning lessons from the second wave, we have already started preparing for the third wave. Yogi Adityanath is touring the state to look at the preparations.

Sputnik: Several reports have claimed that both the state and the federal government have failed miserably in providing employment. How do you view it?

Ravi Kishan: The Yogi Adityanath government has provided more than two million jobs. A lot of sugar factories have started working in the state, the All India Institute of Medical Sciences (AIIMS) hospital has been established in Gorakhpur, Samsung has set up its base in Noida (a hi-tech city in Uttar Pradesh), companies from France have come to Uttar Pradesh and there have been many other such developments.

Sputnik: You have been advocating a ban on profane content in Bhojpuri cinema but nowadays OTT platforms also feature the same kind of content. How will you get the ban implemented?

Ravi Kishan: Federal Information and Broadcasting Minister, Prakash Javadekar, decided to draw a line between obscenity and content. Obscenity has fallen since then. My only concern is that producers and filmmakers should understand that they should be making content worth watching rather than vulgarity.

If people want to see vulgar displays, there are other platforms. But Bhojpuri has a rich heritage that should be respected.

It is important to understand that when you show vulgarity you shut yourself off from the family audience, so give the audience the type of content they want and you will earn money from it.